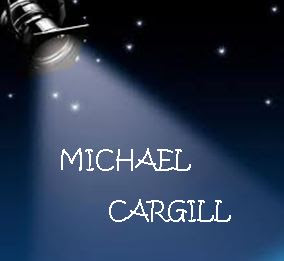 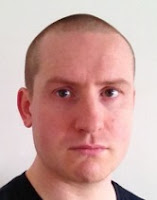 Michael Cargill is an author who lives in Surrey, England. His first book, 'Shelter from Thunder' was published in Mid-2011.


Michael is a witty, entertaining guy.  I could only imagine what he would be like after a few cold ones!


1.     How on earth did you come up with the idea of the demented teddy bear in the third story in Shades of Grey?

Pah, a magician never reveals his secrets.  Unless you are Penn and Teller of course.  I was mainly looking to write another story with a child as the main character and once the idea of a demonic toy seeped into my head I couldn’t get rid of it.

2.     You write the war stories with a lot of detail.  Do you have any experience?  Know anyone who served in the war?
Nope, I am glad to say that I have never been anywhere near a battlefield or armed conflict!  I have read a lot about WWII and also watched plenty of documentaries so the technical details were something I already knew.  And, as corny as it sounds, I have played quite a lot of a PC game called Battlefield 3!  When I first played it online, it really was an utterly overwhelming experience where I would just amble around wondering what on earth was going on.  And then some screaming 13-year old kid would shoot me in the face.

3.     When did you first realize you wanted to be a writer?
Probably only last year actually.  I wasn’t really into it at school and never felt much compulsion to write anything significant until mid-2011.  I had been sending humorous emails to people and realized I had a fair bit of material.  Once I got over that initial anxiety bump it was relatively easy.  Something ‘clicked’ and POW!  Here I am.

4.     How long does it take you to write a book?
Hard to say really.  Shades of Grey ended up taking about three months, but I hadn’t been doing any kind of self-promotion or anything.  At the moment I am running around like a look and trying to get my current book finished as well.

5.     Do you have any habits or quirks while writing?
I get distracted quite easily so end up checking my email and other stuff.  I also tend to go through a fair bit of chewing gum.  Other than that I am pretty normal; I don’t wear socks on my ears or anything.

6.     Where do you get your information or ideas for your books?
The Internet!  For the WWII stuff I already know quite a bit but there is plenty of information out there if I need to double-check anything.  Ideas wise, they can quite literally pop in my head at any time.  I have had plenty of moments of inspiration when sweating down the gym.

7.     What do you like to do when you're not writing?
Nothing out of the ordinary to be honest.  I work in IT by day so there is often something new for me to play around with.  Actually, that is probably out of the ordinary for most people.  I do my fair share of reading and TV and stuff as well.

8.     How many books have you written? Which is your favorite?
I have written four of the buggers so far.  I like Shelter from Thunder quite a lot; it was actually the first story I wrote.  It being set during WWII gives it an extra bit of interest for me and I can’t help but feel sorry for the young boy who is the main character.

9.     Do you plan on writing a novel, or are you sticking to short stories?
I am actually writing a novel as we speak!  Each story I have written has been longer than the one before it but that’s not to say that I won’t write any more short stories in the future.

10.  What do you think makes a good story?
It’s almost impossible to say really.  Off the top of my head I would say that as long as the characters are interesting, the rest doesn’t matter so much.  One criticism I have heard of Pet Semetary by Stephen King is that it doesn’t get going until the end.  Personally, I thought the characters were so well realized that I loved it from start to finish.

11.  As a child, what did you want to do when you grew up?
The thing I was most interested back in school was actually IT and computers.  I realized I was good at learning the systems and the software and fixing things was usually easy.  I got pestered by everyone else for help though which was kind of annoying.
Keep checking into our blog.  We will be hosting a giveaway for a  FREE digital copy of Michael Cargill's 'Shades of Grey' which was featured previously on our blog.
http://www.bookluvrshaven.blogspot.ca/2012/04/erins-review-of-shades-of-grey-by.html
Posted by Bookluvrs Haven at 7:17 PM