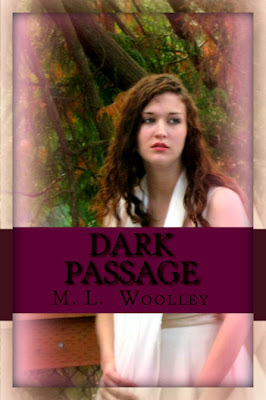 Jen hides in a rundown mansion when her life falls apart, has vivid experiences with a beautiful male entity who longs to be her soulmate, and must choose reality of living or dead. Her childhood friend Ivy, from a rough past, can communicate with the dead, and other supernatural gifts emerge. Ivy will resist the evil that would separate the lovers.

I struggled with my rating for this novel. I really loved the story and the idea of it, but the execution left a little to be desired. This is M. L. Woolley’s first novel, and I commend her for her ideas, but there is room for growth in her writing, in  my opinion, to really blow me away and have me fully invested. It’s difficult to really connect with a written piece of work if you are slightly confused throughout the novel. Not a good thing. BUT!! Great story!

Here are the pet peeves I had which kept this from being a 4 star review for me:

Point of View Changes - Confusing or poorly executed POV’s can be the bane of some readers’ existence. Sometimes a writer chooses a POV that doesn’t feel right, or there are too many to follow. In this case, there were a couple of things that really stuck out for me.

·    POV characters need to be identified as soon as possible, especially if we are still getting to know your characters.  I understand that writers have gotten pretty intimate with their characters, but as a reader, I just met them. So you need to stick their name in there somewhere, as close to the beginning of the POV change. Otherwise, I start to get really frustrated because I don’t know who is speaking.
If you start a POV in first person, don’t change it halfway through to third or vice versa… it feels like I just missed a couple of pages… and it happened in this novel. The POV changed to Ivy’s perspective of the story (and it took me a couple of pages to figure out it was her), and then 4 Kindle pages in it flipped to third person, and I went back to see if I had accidentally clicked ahead a few pages? Confusing!

Show the story, don't tell it. ARGH, ARGH, ARGH, ARGH…. There was so much information that I felt was an integral part of the storyline playing out that was just summarized and told… and I felt like it needed to be part of the action because it related to the whole foundation of the plot! And on the other hand, there was some action that was not integral to the story plot.  I don’t really care that the doctor 'treating' Bill is an S & M fanatic and loves to be handcuffed and humiliated by a beautiful evil maniac (Bill's sister). This didn't really play an integral part in the development of the story in my opinion.  Yes, he was an interesting AHOLE … but in the scheme of this storyline, he was a blip in the course of things, and didn’t deserve so much time. But I DID care about some of the visitations the characters had from the shining ones (angels?) where revelations occurred that deeply affected the main characters and the course of action, but were merely summarized quickly during character conversation. Blah!

I understood that this novel told the story of some very interesting people that were charged with some very important roles in an upcoming significant battle between good and evil. But the foundation of this story is essentially missing. I was only given little bits of information as to this very important event, and not enough to understand what exactly is happening and why.  I don’t generally pick up a novel in order to do a lot of guess work, and sit there making assumptions. I pick up a book in order to read a story that asks some questions, and answers some questions and entertains me, and offers a mind escape.

I know I sound like I didn’t like this book and should have given it at most 2 stars.  I will tell you why I gave this 3 stars. The writer created memorable characters, with very interesting backgrounds and situations. She was able to reel me in, technical pet peeves and all, and keep me reading and wanting to know more. I had a hard time putting this novel down regardless of all the rambling on technique up top.

You have a guy in a coma who still manages to mysteriously send letters and emails to friends and Jen, a girl he hasn’t even met but visited in her dreams. She in turn is breaking away from a very abusive crazy husband, and gets said letter to look after coma guy’s house where all the interesting stuff is going on. Perfect timing as she is at that moment looking to quickly break ties with maniac spouse.  Coma guy’s sister is a homicidal, sadistic bitch that wants nothing but riches, wants her own brother dead and sells her soul in order to get it. And of course, introduce some demonic creatures that force nasty humans to do their bidding, and horribly torture those same humans when they mess up. Dead people with missing heads? Check! A coven from the past performing human sacrifices? Check! 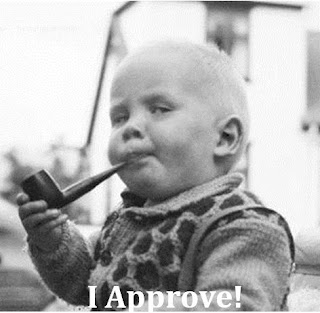 Yes, Ms. Woolley, dear author, you got me, hook, line and sinker. You can always work on and grow your writing skills, but what is hard to perfect or work on is a bad imagination, and thank god, you have a really good one.  So good that it kept me from banging my head repeatedly against the wall over some of things previously mentioned, that personally drive me nuts. So good, that I really want to read the next book to find out what happens next. You have earned a place in my “Stalk this Indie Author” list, because I have a feeling that it will just get better from here, with every book you undertake.
Posted by Bookluvrs Haven at 8:00 AM