Lily's Review of Embrace the Grim Reaper, by Judy Clemens 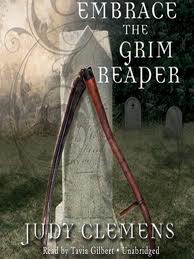 Casey Maldonado’s life is over – at least as she knows it.  In one brief moment of fire and wrenching metal, everything important was gone.  So she packs up, puts her house on the market, and leaves town.  Her only companion – Death, who won’t take her, but won’t leave her alone.

She stops on a whim in tragedy-stricken Clymer, a small blue-collar town in the midst of Ohio farmland. Not only is HomeMaker, the town’s appliance factory and main employer, moving to Mexico, but the town has been rocked by the suicide of a beloved single mother.

Casey is drawn to the town, and soon realizes that many of the citizens don’t believe the verdict of suicide at all. Death encourages her to investigate, and she uncovers information that points to the factory. Was the victim’s death a cover-up? Did she truly have the means—as she claimed—to keep the factory from leaving town?

I picked up this novel for a quick, easy read. I figured, it sure sounds pretty interesting. But I didn't expect that I would give this a 5 star rating. I expected to enjoy it, that it would be 'Meh', and move on to the next book on my list... but what I got was a pretty intense story, told in such a way, that I couldn't bear to put this book down for one second. Unfortunately, us humans must eat, sleep, work... But I still managed to gobble this novel up in a couple of day's time.

It was a pretty simple 'Who Dun It?" type mystery. But one particular feature of this book earned this personal 5 star rating from me. 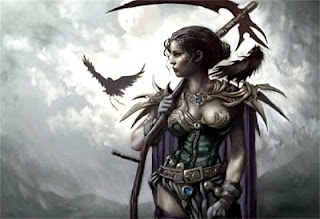 That's right. AN AWESOME KICK-ASS FEMALE!
(minus the armor, and the creepy birds... and the scythe though funny enough Death is an actual character that follows her everywhere and is actually kinda funny most of the time)

I absolutely love Casey 'Smith' (the name she goes by). She is not only kick-ass, but you don't even know how absolutely kick-ass she is until she is faced with situations where her hidden talents come through.  She is humble, simple, and absolutely mysterious, and I was completely and inexplicably drawn to this character. I couldn't help but cheer her on, or pump a fist in the air when she did her kick ass thing! She is awesome. And she is the reason I will read book 2. Cause I need to read more of Casey in action... kicking ass!!!! 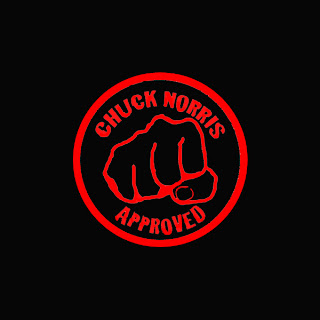 An honorable mention to all the other supporting characters which were developed exquisitely by Judy Clemens, in a small little town that you couldn't help but grow fond  of as well. They were all brought to life with the great level of detail put into them.  The plot moved along at a great pace, lots of little twists and turns and surprises to keep me devouring chapter after chapter...

This novel simply surprised me. It really ended up not being a simple, fast read to pass a few hours. I still think about this story, and these characters.  I became more invested that I thought I would be.

I will definitely continue this series, and continue on Casey's journey, accompanied by Death who never shuts up with its annoying chatter that made me snicker constantly. The mystery surrounding Casey continued on until the end; you don't really know all the details you want to know and all the reasons why she is running... where in most cases that would turn me off, this was not the case. Book 2 here I come!