Review of Looking Through Blind Eyes, by Reyna Hawk 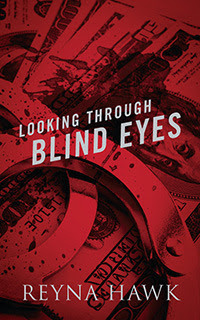 Published May 17th 2012 by Outskirts Press

All Janie and Daniel wanted was a better life and growing up in small town Louisiana did not give them that opportunity. So the sister and brother headed to Los Angeles, California to make the most of their lives. However, their hopes begin to diminish when Daniel's work in organized crime lead them down dangerous and deadly roads. After Daniel's mysterious disappearance and death, Janie plunges headlong into grief and love for the assistant to the "boss." The couple seems to have everything going for them except for Rico's job that takes him away for days on end sometimes. Janie's suspicions and worries over Rico's possible infidelity reveals information she never imagined would come to light. Her undying love for this man leads to secrets, lies, and murder. Soon Janie finds herself on the wrong side of the gun hanging off a cliff deep in the woods of North Carolina.

Erin: Haha. I really liked it.

Lily: My first piece of advice for this book.

The misuse of 'seen' was everywhere... Bugged the crap out of me. 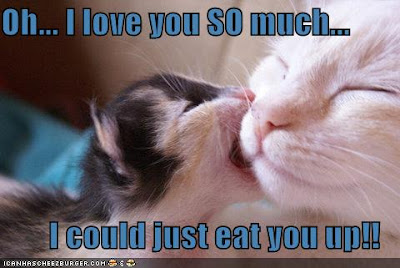 Reyna is a 44-year-old mother of one son and grandmother to one beautiful 3-year-old little girl. Born and raised in Cincinnati, Ohio Reyna has always loved writing and story telling. From a very young age she was making up stories to tell her friends.
She has an in Psychology and a in Cultural Anthropology.
Her novel “Looking Through Blind Eyes” is set to be released in July of 2012.
You can check out the Author's website here!
You can also connect with her on Goodreads, or follow her on Twitter or Facebook (details on her website).