A legend among his own kind-even among the Hunters, Malachi was unique. He always had been- from the beginning. Once a slave, Malachi hadn-t ever lived free, until a mysterious woman turned him into something he didn-t understand. At first he fights it, seeing it as a different kind of bondage. Then he realizes it is his destiny. Embracing that destiny could lead to freedom-or it could lead him into an endless hell.

Author's note: This is the story of how Malachi was Changed and how he was led to the Hunters. Although his future mate is alluded to, this isn't their story. It's Malachi's story, or at least, the beginning of it.

I must say that I was completely floored by the poetic, stunning writing of this short story. At first, I was not aware that this was based on a character that is much more expanded on in an actual series, so I must admit that the ending initially was frustrating, as there was no resolution. But now that I did find the Author's Note, it all makes more sense to me, and I understand why it was left so open. And I am eager to pick up this series.

It's pretty commendable that this character's past was explored with so much detail and emotion in just 54 pages. I was truly appalled by the treatment of this character, and all he was made to endure in his life, even when his new 'life' began. It is a true testament to this writer's skill that she was able to evoke such a wide array of emotions in me in such a short amount of reading time, and fill me in on so much of this character's past.

This author truly succeeded in having at least one more reader add this series to her 'to read' list. I can't wait to explore her novels, and I really want to know what happens to Malachi next. 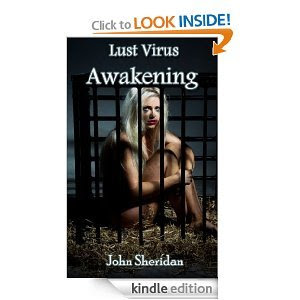 It is very rare for me to not have much to say.  I am quite the talker with a bubbling personality.  With this book I just don't know what to say.

The story was plain and simple...WEIRD!  First of all, I am not one for sci fi at all, this book took place in a ship somewhere lost in the Universe...not my cup to tea but hey, it was a short story...though I would give it a shot!  Secondly,  I don't think there is anything wrong with the whole bondage thing, it does nothing for me...but I can understand how it could get some people going.  This was all about bondage and....um.....rape....with food?  As I said....WEIRD!

I know 100% that if I woke up blindfolded and strapped to a table, then started doing the things that happened in this book...I would NOT be enjoying it....apparently Captain Amy couldn't get enough and not knowing who was raping her  seemed to be a turn on.

If you are into sci-fi with bondage...and a little food play....you would probably really enjoy this short story.