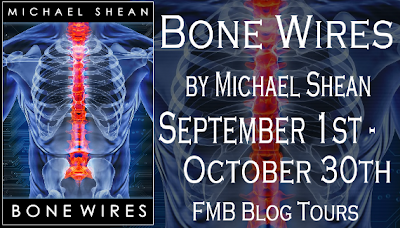 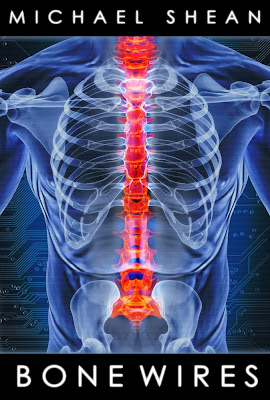 In the wasteland of commercial culture that is future America, police are operated not by government but by private companies.

In Seattle, that role is filled by Civil Protection, and Daniel Gray is a detective in Homicide Solutions. What used to be considered an important - even glamorous - department for public police is very different for the corporate species, and Gray finds himself stuck in a dead end job. That is, until the Spine Thief arrives.

When a serial killer begins harvesting the spinal tissue of corporate employees all over the city, Detective Gray finds himself plunged into the first truly major case of his career. Caught in a dangerous mix of murder, betrayal and conflicting corporate interest, Gray will find himself not only matching wits with a diabolical murderer but grapple with his growing doubt toward his employers in the dawning months of the American tricentennial.

A thrilling mystery set in the same world as the Wonderland Cycle, Bone Wires is a grim trip into the streets of the empty future.

This is generally not a book that I would pick up, not a fan of sci-fi...but the crazy synopsis totally drew me in.  Who wouldn't be interested in a book about a serial killer who strips their victim of their spine, from top to bottom, right?  I know, I know.....i'm a sick and twisted individual.

I thought this would fit right into our theme for the month, "ZOMBIES, THRILLERS AND KILLERS" and I was definitely correct.  The killer in this book seemed to really know what he was doing, something that would take a lot of time and planning in order to do.  And I think the author did an amazing job at capturing the thought process that a serial killer would have.

The character development was pretty strong.  I felt like I connected with the characters.  Felt like I was a part of the action, and that Michael Shean left nothing untouched.  The multiple plot twists always had me guessing what was going to happen next.

So, all in all this was a pretty good book.  Did it completely captivate me? No.  Did it change my life?  No.  Did it provide many hours of entertainment? Absolutely!  I would check out another one of Shean's novels for sure!! 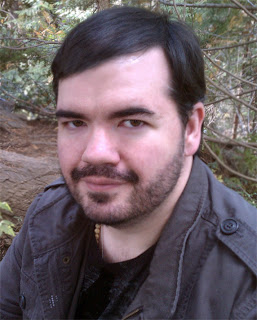 Michael Shean was born amongst the sleepy hills and coal mines of southern West Virginia in 1978. Taught to read by his parents at a very early age, he has had a great love of the written word since the very beginning of his life. Growing up, he was often plagued with feelings of isolation and loneliness; he began writing off and on to help deflect this, though these themes are often explored in his work as a consequence. At the age of 16, Michael began to experience a chain of vivid nightmares that has continued to this day; it is from these aberrant dreams that he draws inspiration.

In 2001 Michael left West Virginia to pursue a career in the tech industry, and he settled in the Washington, DC area as a web designer and graphic artist. As a result his writing was put aside and not revisited until five years later. In 2006 he met his current fiancee, who urged him to pick up his writing once more. Several years of work and experimentation yielded the core of what would become his first novel, Shadow of a Dead Star (2011). Michael is currently signed with Curiosity Quills Press, who has overtaken publication of Shadow of a Dead Star and the other books of his Wonderland Cycle.

See the rest of the tour dates here !