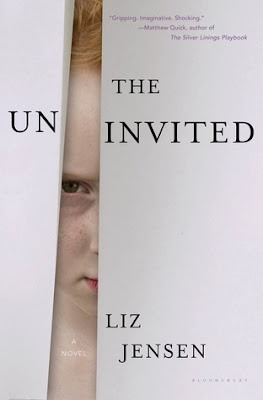 A seven-year-old girl puts a nail gun to her grandmother's neck and fires. An isolated incident, say the experts. The experts are wrong. Across the world, children are killing their families. Is violence contagious? As chilling murders by children grip the country, anthropologist Hesketh Lock has his own mystery to solve: a bizarre scandal in the Taiwan timber industry. Hesketh has never been good at relationships: Asperger's Syndrome has seen to that. But he does have a talent for spotting behavioral patterns and an outsider's fascination with group dynamics. Nothing obvious connects Hesketh's Asian case with the atrocities back home. Or with the increasingly odd behavior of his beloved stepson, Freddy. But when Hesketh's Taiwan contact dies shockingly and more acts of sabotage and child violence sweep the globe, he is forced to acknowledge possibilities that defy the rational principles on which he has staked his life, his career, and, most devastatingly of all, his role as a father. Part psychological thriller, part dystopian nightmare, The Uninvited is a powerful and viscerally unsettling portrait of apocalypse in embryo.


Though I am not one that usually judges books by their covers, I do admit that this one caught my eye on NetGalley. It's very simple, yet there is something so undeniably creepy about a child that has that look. A look of evil intent, one could say, and deadly calculation. There is no denying that this novel in its entirety was also meticulously calculated.

I was very excited to begin this read and though I have quite a few that were ahead on my list, I couldn't resist it.

I had some conflicting thoughts as I read through the first half of this book. The incidents of the child killings is what fascinated me the most about the blurb of this novel, yet as the incidents happened in real time, they seemed to be an afterthought as our main character carried on with his investigations into corporate incidents. They were almost dismissed as strange anomalies of little significance, with most of the focus on Hesketh's strange behaviour, fascinations and thoughts. And I did begin to get a little frustrated, even though the corporate incidents were in themselves intriguing with dark elements that I knew were going to be meaningful in this novel.

Needless to say, I am very glad that I stuck this story out. The child attacks begin to become so frequent that they can no longer be denied, and Hesketh begins to form a theory that every investigation of sabotage that he has been involved in, and these strange killings by children are connected. Once his stepson, Freddy, who he is very attached to, begins to behave strangely, I was pulled in and invested 100%.

And it is in this last half of the novel, once it all starts to unravel for our main character, that all the preparation of the first half of the novel becomes crystal clear to me and very much appreciated. Because Hesketh  is not your typical 'normal' human being. He has a condition where his behaviour patterns are very different, his reactions to tragedy and violence are not quite the 'norm'. It was at that moment that I was totally appreciative of the, what seemed almost tedious and repetitive, insights into Hesketh, the man. Without it, I would not have fully understood Hesketh's actions once the world began to change. A world where the children that lived in it became strangers and monsters to their loving families, a danger to the world that had been so familiar to the adults inhabiting it. The rules, all of a sudden, change dramatically, and so do the players. About the Author: Liz Jensen was born in Oxfordshire, the daughter of a Danish father and an Anglo-Moroccan mother. She spent two years as a journalist in the Far East before joining the BBC, first as a journalist, then as a TV and radio producer. She then moved to France where she worked as a sculptor began her first novel, Egg Dancing, which was published in 1995. Back in London she wrote Ark Baby (1998) which was shortlisted for the Guardian Fiction Award, The Paper Eater (2000), and War Crimes for the Home (2002) which was longlisted for the Orange Prize for Fiction. She has two children and shares her life with the Danish essayist, travel writer and novelist Carsten Jensen.


Posted by Bookluvrs Haven at 6:00 AM