Hi everyone! I am pretty excited to show a sneak peek of this new novel by Nicole Hadaway. The cover is just stunning, and the book blurb sounds pretty interesting. It was pretty difficult to choose which excerpt to publish on our blog, as we were given 3 different choices. (Sigh) Decisions, decisions!!! Since I enjoy action and suspense, I ended up choosing the one below for all of you that decided to stop in. Hope you enjoy it and add this book to your list of reads! 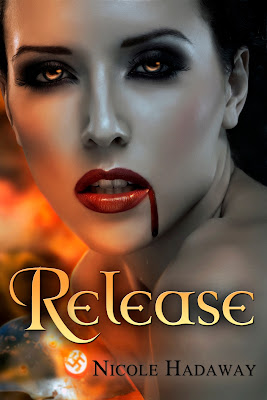 “The ends justify the means”...

For vampire Miranda Dandridge, using her supernatural abilities to rescue children from impossible circumstances is her means to be a part of the human world that she loves so much, despite the atrocities of WWII.

For doctor Ben Gongliewski, saving his fellow Jews from the horrific death camps is an end for which he risks his own life every day, hiding his Jewish heritage while feigning loyalty the SS.

Neither Miranda nor Ben expects to find love in World War II Europe, but that is exactly what happens as they work for the Resistance. When the war draws to a close, it seems like the vampire and the doctor are free to start a future together. But just how far the Nazis will go to further their own evil ends?

Desperate times make for ruthless men as loves and lives are threatened, but, Miranda and Ben know that their world cannot go to hell, not by any means…

Ben felt Rose’s tear-stained cheek against his own and thought, That’s how I feel too.  Here, what had started out as a foolish lark – having dinner with a pretty girl – was now a full-fledged disaster.  Ben didn’t know Rose that well, and now, he would be responsible for her death.  The guilt made his stomach turn.

He held on to Rose, whose body trembled with sobs.  And choking – the smoke was becoming thicker and it was really getting hard to breathe without coughing profusely.  Ben could see that the fire was burning through the door now, bits of orange flames licking the wood.


“On the floor,” he managed to choke out, remembering that heat rose, so the smoke would be thicker above them than at their feet.  Rose obediently crouched down, laying next to him, burrowing her body into his for comfort.  He could feel that she was drying her tears, in an attempt to meet death bravely.


I must be dying, Ben said to himself.  This has to be a hallucination – they can’t really be here. Before Ben’s eyes, blurred with tears, he thought he saw those two other women from the forest, Rose’s friends, the wild-haired brunette and the dangerous-looking blonde.  They walked right through the doorway of flames.  As if the flames weren’t even there at all.

The brunette had a look of relief on her face as she looked in his direction.  Before Ben knew it, the brunette was at his side, gathering Rose in her arms.  How did she get over here… but Ben reminded himself, you’re dying, these are just hallucinations before you cross over. Ben was surprised when the blonde one bent down, and, looking into his face, said, “He’s alive – should we take him?”

Ben doubted the blonde’s words – that he was alive.  Because he was certainly on his way to Hell, seeing visions of demons – a kind of wolf now stood where the brunette and Rose had been. Yes, he was with a wolf, who held some kind of small, limp animal in its mouth.

Before he could wonder where the wolf had gone, Ben became vaguely aware that the blonde was gathering him in her arms saying, “Hold on bud, this is going to feel strange.”

So this is this is what dying feels like, like you really are on a journey, Ben thought as he saw a white light in front of him, then – darkness as he was being squeezed and forced through a tunnel. 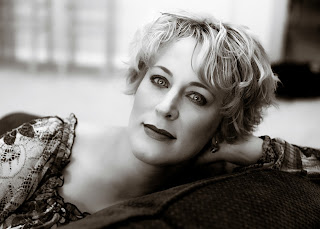 AUTHOR BIO:As a lawyer, Nicole Hadaway knows all about bloodsuckers and deals with the devil.  She currently lives in Texas where she pens such tales involving the supernatural, featuring her heroine, the vampire Miranda Dandridge.
Author Links:
Website: http://dandridgehouse.blogspot.ca/
Goodreads: http://www.goodreads.com/author/show/3100376.Nicole_Hadaway
Facebook: https://www.facebook.com/TalesFromTheDandridgeEstate