Review of Titanic The Long Night, by Diane Hoh 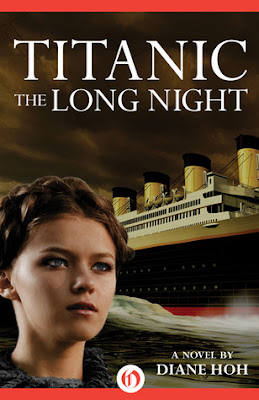 Two teenagers discover true love aboard the doomed ocean liner
Elizabeth Farr never wanted to return to America. During her family’s vacation abroad, she has fallen in love with England, and is despondent when her father refuses to let her stay. Returning to New York means having her debut into society, and that means a swiftly arranged marriage. Elizabeth will never go to college, never learn to be a reporter—as she sees it, her life is over as soon as the Titanic reaches port. Of course, if she’s unlucky, her life will be over far sooner than that. As Elizabeth and her family settle into their first-class cabins, Katie Hanrahan, a young Irish girl with dreams of finding fortune in America, makes her way to a steerage berth. Both girls have plans for the future, but love and death are about to intervene. This ebook features an illustrated biography of Diane Hoh including rare photos and never-before-seen documents from the author’s personal collection.

The unsinkable ship that sank.

We all know how the story ends.

Two Thousand, two hundred and twenty three souls boarded this ship, and only 706 survived the disaster. It is an event in history that will go unforgotten. But what of those souls on that ship? Who were they? What stories would they share were they alive to tell them?

Whether on the movie screen, or in literature, the story of the Titanic has inspired film and writing professionals. And I am sure, will inspire more.  And since I am one of the masses that can't seem to get tired of reading on the Titanic, or watching documentaries on it, etc.... This book was definitely for me.

This novel is the story of two young women. Both from completely different worlds and 'class'. They both board the Titanic. One with dread and anxiety to reach the end of her trip, because the moment it docks she will be expected to follow through with the betrothal her parents arranged for her, and forgo all of her dreams. The other with hope and anticipation for the new life that will begin the moment she steps off the ship.

Though the two barely intermingle, and in fact never utter a word to each other that I can recall, they do cross paths. Enough for one to be envious of the other for various reasons.  First class ticket holder, Elizabeth Farr is envious of third class ticket holder Katie Hanrahan, for being free. Katie looks at Elizabeth and ponders why someone of her class, with all the advantages of a rich, prosperous family, would have such sadness in her eyes.

Romances also bloom on the ship, and new hopes for the future. But after midnight, on April 15th, both of their lives as they know it, would change.


*I received a eBook copy of this book for free to review from the author; this in no way influenced my review, all opinions are 100% honest and my own.* 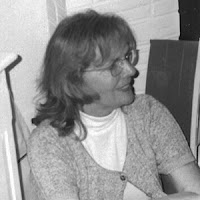 Diane Hoh (b. 1937) is a bestselling author of young adult fiction. After contributing novels to two popular series, Cheerleaders and the Girls of Canby Hall, Hoh found great success writing thrillers, beginning with Funhouse (1990), a Point Horror novel that became a national bestseller. Following its success, Hoh created the Nightmare Hall series, whose twenty-nine installments chronicle a university plagued by dark secrets, and the seven-volume Med Center series, about the challenges and mysteries in a Massachusetts hospital. In 1998, Hoh had a runaway hit with Titanic: The Long Night and Remembering the Titanic, a pair of novels about two couples’ escape from the doomed ocean liner. She now lives and writes in Austin.


Note: for those of you interested in reading a bit more on Titanic, there is a fabulous site 'Titanic Universe' that I enjoy exploring. There are pictures of recovered artifacts, the ship, and even videos of the wreckage.


Posted by Bookluvrs Haven at 9:45 AM