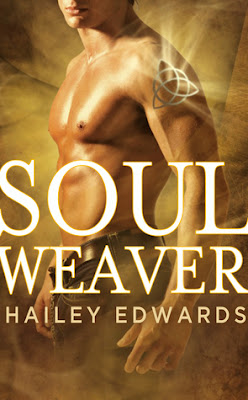 Since the accident that nearly took her life, Chloe suffers from acute agoraphobia. Living alone above her family's bookstore, she spends restless nights terrified by strange visions . . . until a mysterious stranger appears and offers her salvation. Chloe is drawn to the ethereal, gorgeous Nathaniel-but her haunted soul warns her there is more to him than meets the eye.

An archangel who roams Earth collecting souls of the newly departed, Nathaniel is the sole witness to the accident that should have taken Chloe's life. Seduced by the purity of her soul, he defies Providence by saving her life. But his attempt at kindness marks Chloe for damnation, and makes her an unwitting pawn in a game of unholy ambition. Now together they must fight the demons of Hell itself-for a love that defies the boundaries of Heaven and Earth.

I have read a few angel novels lately. Some are more memorable than others. Though this story was interesting, and I did enjoy it, it is a novel that is somewhat forgettable.

Chloe was an interesting character because of her agoraphobia. Her first meeting with Archangel Nathaniel, leaves her scarred with this psychological illness, but the good news is, she is alive.  But to keep her alive, Nathaniel takes immeasurable risk.  The unbalance he has caused by saving her life causes a domino effect that he is not sure how to rectify.

Chloe, as a character, was not very memorable, even with such a juicy backstory. Though this love story is filled with promises of yearning sighs, and prickling tears in the back of your eyes, I didn't find myself as engrossed in this story as I hoped to be.  There was also a lack of connection for me with the villains of this story. The plot was too intricate, and I never quite understood who was good, and who was evil, or how their agendas were playing out. The world building was slightly confusing at times, as well as some of the characters introduced.

Despite all that, their story was as sweet as promised. Though the story built slowly, when there was action, it was interesting. There were a couple of sighs, and a little prickle of moisture in my eyes. At least, the romantic aspect of the story did, in fact, deliver.

The story was certainly unique, and the characters were either beings that I have not encountered in other books before and therefore original.  This may be quite an appealing read for romance fans looking for a novel with some interesting mythology, angels and demons, and beings that don't quite fall into one category or the other. 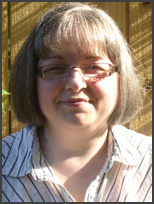 Born in the Deep South, Hailey is a lifelong resident of Alabama. Her husband works for the local sheriff’s department and her daughter is counting down the days until she’s old enough to audition for American Idol. Her doxie, Black Ilex, helps Hailey write by snoozing in his recliner in her office.

Her desire to explore without leaving the comforts of home fueled her love of reading and writing. Whenever the itch for adventure strikes, Hailey can be found with her nose glued to her Kindle’s screen or squinting at her monitor as she writes her next happily-ever-after.  She loves to hear from readers. Drop her a line here.
You can also swing by her blog or subscribe to her newsletter for all her latest news.