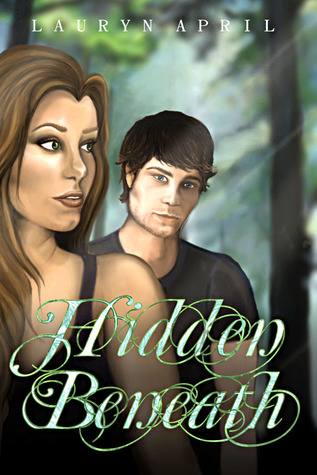 Just when Ivy Daniels thought her life was going exactly how she wanted it, a surprise visitor arrives to shake up her world. Two years after an accident left Ivy with the ability to read minds she’s finally put her past behind her. Now, the summer after her senior year of high school Ivy is looking forward to going away to college and enjoying the rest of her vacation with her best friend Charlie and boyfriend Aden. The life altering events of her junior year of high school that made her realize things aren’t always as they appear have been pushed to the back of Ivy’s mind, and so has the memory of the one person who helped her though them – that is until he shows up on her door step a month before she leaves for L.A. asking for her help.

Where has Ivy’s ex-boyfriend, Brant, been, and why did he leave? Find out in this sequel to Into the Deep that will lead take you on an adventure filled with secrets, lost love, and forgiveness.

Back in June of this year, I won a copy of Into the Deep, the first book of this series which I really enjoyed. You can check out that review here. It was a really fast read, full of action and for me, at least, a very original type of storyline with great characters. It wrapped up nicely, without major cliffhangers, which was great.

I was no less excited to have the author reach out to me to review the second book of the series. And in this novel, we fast forward a couple of years to see where Ivy Daniels' life is now. Was I ever surprised that Ivy and Brant are no longer an item, though it doesn't take long for this bad boy to show up at Ivy's doorstep with an incredible proposition and requesting her help.

Ivy's gift of being able to read people's inner most thoughts is still very much present, and the key to solving Brant's quest to find his mother, who mysteriously disappeared out of his life as a child. Though reluctant, and for reasons that Ivy does not want to really admit to herself, she decides to help him despite all the anger she feels inside for being deserted by him.

Though this novel takes us on a whirlwind of action and mystery very different than the first story, it was as enjoyable as the first novel.  Following Ivy and Brant on their journey to discover the truth of Brant's mother's disappearance was filled with surprises and twists. Even though Ivy's powers were paranormal, this was as enjoyable as any well written thriller, and so hard to put down.  Not to mention, the build up of their still existing strong attraction and existing feelings for each other could satisfy my romantic reading self.

This is a great series so far, full of elements that YA and Mystery fans will enjoy. Since Lauryn April ended this novel very much like the last one, resolving and tying up loose ends,  I am not sure if she will continue this series. Either way, I wouldn't hesitate to pick up the third novel, should there be one, or another of her future novels for that matter. 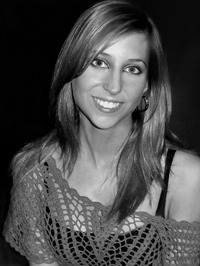 Lauryn is an indi writer in the young adult / adult paranormal romance genre. She lives in Oshkosh, Wisconsin and is currently seeking a degree in Psychology. Her debut novel "Into the Deep" explores the intricacies of the adolescent mind and what it means to feel alone.

You can find out more about her on her blog where she writes about her experiences writing and shares her opinion about books. laurynapril.blogspot.com

You can also follow her on twitter @LaurynApril where she tweets about articles and blogs she reads, specifically related to reading, writing, and the reviewing of books.

Posted by Bookluvrs Haven at 12:42 PM

Email ThisBlogThis!Share to TwitterShare to FacebookShare to Pinterest
Labels: 4 Star Reviews, YA Paranormal, YA Paranormal Romance