I am really excited to be part of this blog tour for Becca J. Campbell and helping her promote her novel 'Empath'. I am pretty eager to start reading this book, and will be featuring a review in November, where I will be focusing on thrillers and killers. This novel couldn't be more perfect, with an added sprinkle of the paranormal, which I love to get into.

Also really exciting is that until October 20th, this novel is on sale for only 0.99 cents!! Just click on any bookstore link in this post to go grab yourself a copy!

Check out the book blurb below, add it to your list or go get a copy now! Then sit back and enjoy Becca's guest post on entering the mind of a killer. 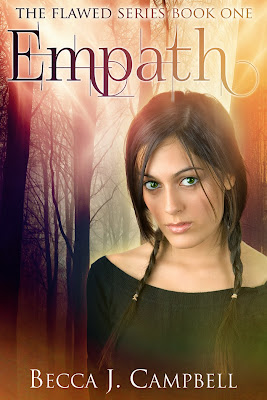 Supernatural empathy isn’t a gift, it’s a curse. Anywhere she goes, Jade’s emotions are replaced by those of the people around her.
Jade grew up in a suburb of Colorado Springs, protected from other people by her parents. Now she faces college—and the world—with nothing to shield her from unwanted feelings.
When Cam, a classmate with a major crush on her, unintentionally hijacks her emotions, Jade struggles to keep from being carried away in feelings of attraction. When Ethan, a psychopath with a thirst for fear, fixates on her, the emotional impact could be lethal.
Caught in a deadly trap, Jade must untangle the emotions and find a way to use her empathic curse to overcome this killer or be overcome by him.

Incubating the Psychopath: A Villain With a Thirst for Fear

Welcome to the Empath Blog Tour! During the tour, Empath (The Flawed Series Book One) is on sale for a discounted price of $0.99. Read on to find out more about the making of one chilling antagonist.

Entering the Mind of a Killer

Flawed is a series about individuals with superhuman weaknesses, one of whom is a psychopathic killer named Ethan Black. Like the others in the story with unique traits, Ethan's ability has an upside and a downside. I'm not going to spoil it here, so you'll have to read it to find out what those are. But the superhuman aspect wasn't the most difficult or the most interesting part of writing this villain.

Early into the writing of the story, I had some trepidation about what it would mean for me to enter the mind of a serial killer. Could I handle delving into that kind of darkness? Would it change me somehow? For a while I avoided writing Ethan's scenes. I knew they would come into play at the end of the story, but I wanted to stick with my non-psycho characters for as long as possible. I'm not sure why I was worried. When I finally dug into Ethan's character, he was a lot of fun to write, even with the dark brutality that makes think so little of capturing and killing women.

Suspense isn't my primary genre, but there was a time when I read quite a few thrillers. My biggest two influences are Dean Koontz and Ted Dekker. Both are experts at crafting killers. I learned from their work, though I can't name any specific traits I borrowed from either. From what I read, most psychopaths have quirks and obsessions, as well as the delusion of grandeur about themselves.

Ethan has his own odd qualities. The strongest of these is a fixation on instilling fear in his victims. He doesn't merely want to capture and kill them, he gets pleasure from finding what they are afraid of and using it to torment them. His obsession with fear is related to his screwed-up past, and his multi-phobic mother. Another of Ethan's quirks is his obsession with beauty, specifically young women with highly contrasting features. He seeks out women with pale skin and dark hair because he deems them more beautiful than others.

Like many psychopaths, Ethan knows how to blend in to society, how to be the perfect, suave gentleman, and how to portray humility and even weakness, when it serves his purpose. Another book I read that was a great example of this type of character was Devil in the White City, a true account of the serial killer during the 1890 Chicago World's Fair. It's fascinating to hear what that man got away with and how many people he fooled because of his acting skills and the naiveté of the general population.

Below is an excerpt from Ethan's point of view, giving you a peek into this killer's mind.

"Ethan clenched his eyes shut as he ran, and the two nasal voices echoed through his brain. Sometimes his heightened senses were a curse. By the changes in sound he could tell when one woman leaned forward to talk around him and when the other turned to the television, the reverberations of her words changing direction. If he focused hard enough, he could almost feel the sound waves vibrating through the air, tickling the hairs on his ears.

A strong, perfumed scent—not to his taste at all—came from the woman on the left, mixing with the mild odor of his own sweat. In an instant he could spin to the left and wring her neck. He could coil around to the other woman and knock her out, too. In under a minute. Thirty seconds, maybe. All without looking. It would be an intriguing challenge to see how fast he could do it.

But this wasn’t the place. Too many onlookers. Instead he forced aside the whining voices and tried to focus on his legs, pumping their hardest. His fingertips uncurled from the handlebar and traced their way up the control pad, registering the correct button by touch. He cranked the speed on the treadmill. His steps increased to keep up, producing a satisfying, padding sound as his cushioned sneakers met the rubber. He stretched his toes, feeling the texture of his cotton athletic socks. Warmth spread from his soles up through his thighs. He could feel the burn. It was good.

“I can’t even imagine,” the first woman continued. “I’m terrified of snakes.”

“What kind of psychopath would do such a thing?” the second asked.

After a few minutes of enduring their discussion on the alleged killer at large, Ethan leapt off the treadmill, grabbed his cane, and marched over to the free weights. He loaded up the barbell, tasting the salty sweat that clung to his upper lip. As he bench-pressed the heavy load, he reveled in his own strength. He was not a large man, but with time and dedication he had eradicated weakness in himself—a truly rewarding feat.

The corner of his lip curled as he remembered the events of the previous night. It had been a pleasant one. His companion had satisfied him with the perfect blend of beauty and fright. Both traits were attractive, the latter more than the former. But the physical aspect made his game more visually appealing. She’d been pale with dark hair and eyes.

It was all about contrast. The play of a face so beautiful twisted into something almost grotesque—a dramatic transformation by fear alone. The visual dynamic of her smooth, pristine skin marred with dark blood from the puncture wounds. The lingering image in his mind made his pulse race more than the workout did."

Grab Empath at a Discounted Price

Or purchase it on paperback. 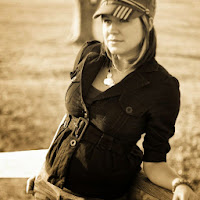 Becca J. Campbell is the author of the New Adult Romantic Science Fiction novels Foreign Identity and Gateway to Reality, New Adult Romantic Paranormal Thriller Empath (The Flawed Series #1), and  Sub-Normal, a series of Science Fiction short stories.
An avid lover of stories that tiptoe the line between fantasy and reality (even when they plunge off one side or the other), Becca looks for new angles on bridging the gap between the two. She holds a special place in her heart for any story that involves superpowers or time travel. Her passion is defying the limits of her own creativity. You can find her on her Author Blog, Facebook, Twitter, Goodreads, Pinterest, and Amazon.