I am very excited about this post, because I have been anticipating this movie for over a year.

Today, I am going to chat about 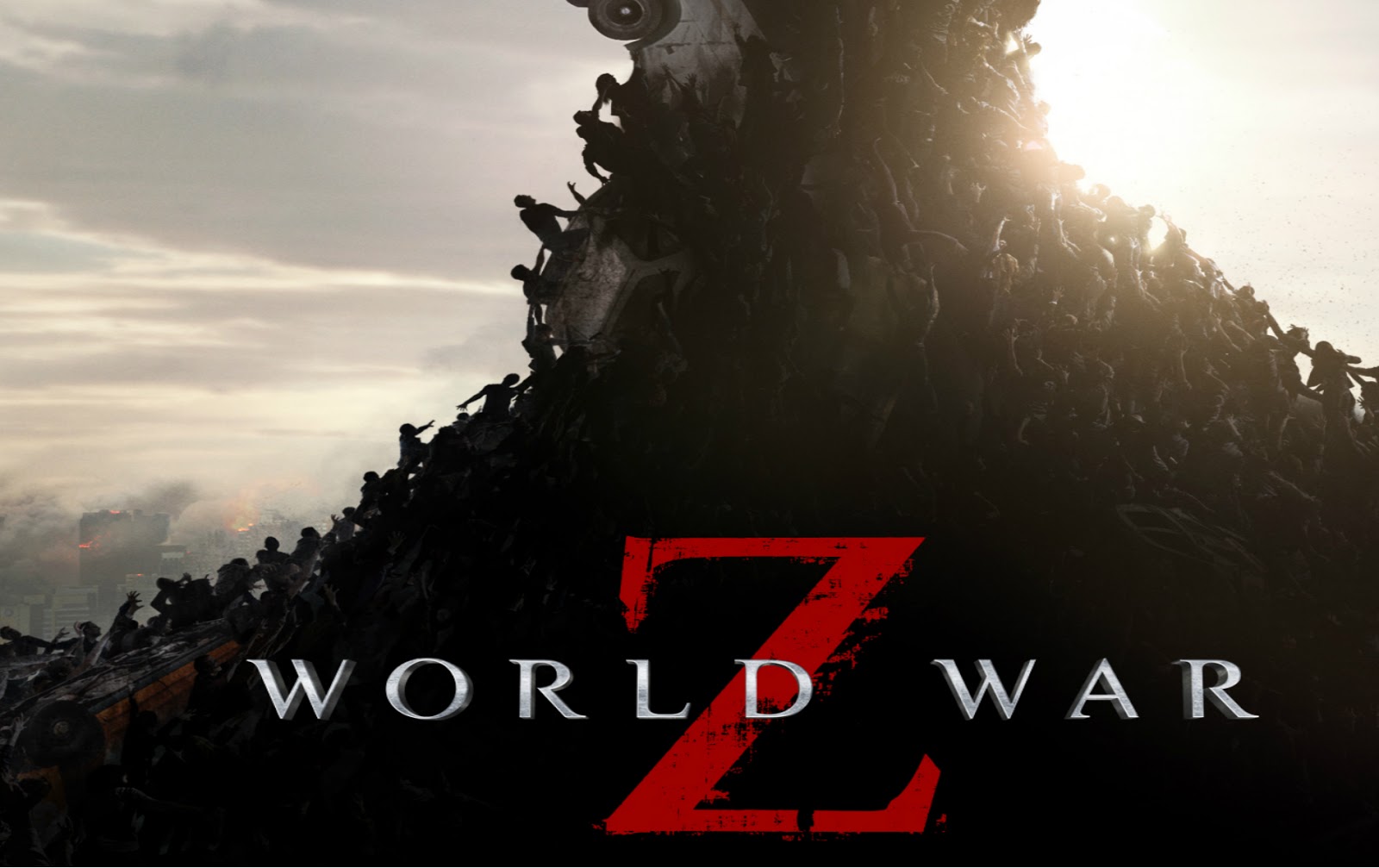 Last October I got to read the novel. Here is a quick recap of the book that inspired this movie. 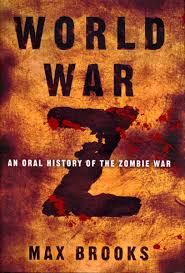 The Zombie War came unthinkably close to eradicating humanity. Max Brooks, driven by the urgency of preserving the acid-etched first-hand experiences of the survivors from those apocalyptic years, traveled across the United States of America and throughout the world, from decimated cities that once teemed with upwards of thirty million souls to the most remote and inhospitable areas of the planet. He recorded the testimony of men, women, and sometimes children who came face-to-face with the living, or at least the undead, hell of that dreadful time. World War Z is the result. Never before have we had access to a document that so powerfully conveys the depth of fear and horror, and also the ineradicable spirit of resistance, that gripped human society through the plague years.
Check out my Review published October 2012. 4/5 Stars
To recap my thoughts on this novel, I found the way that the book was written very interesting, but different, and it took a little getting used to. I had never read a novel written like a documentary, so that was a unique experience.
Though the extensive military strategy and weaponry a little unstimulating, the individual survivors' stories put me in alternating states of nail biting anxiety, and heart pounding fear. I still talk and think about the asian survivor in this novel, who was such an anti-social computer geek that he didn't even realize what was going on until it was almost too late for him.  His harrowing escape from his apartment will stay with me forever.
Well let's get to the movie version, which was greatly anticipated by me and many other fans around the world. I was really hyped for this. Recently I was at a corporate event and met a Sales Representative from another office who had been on his honeymoon in Malta when they were filming scenes in this movie, and I begged for details. (Not to mention, I was super jealous.)

United Nations employee Gerry Lane traverses the world in a race against time to stop the Zombie pandemic that is toppling armies and governments, and threatening to destroy humanity itself.
Written by Matthew Michael Carnaham, based on Max Brooks' novel, and directed by Marc Forster, World War Z was initially released in the UK on June 2, 2013.
It was released on DVD on September 17, 2013.
Movie features none other than the fantastic Brad Pitt (yes I am very much a fan) and right off the bat, I knew from the trailer that this movie adaptation was going to be very different from the novel.  Did that lessen my excitement? Not in the least.  The trailer only hyped me even more when you see some of the amazing scenes in this movie. As a zombie genre fan, you are in for a scary treat. The amazing special effects from those short glimpses made me confident that this was going to be worth all the hype. But I have to be honest... There was a small feeling of apprehension. Every time that I have watched a movie adaptation of a novel that I really liked and it was very different from the book, I always found myself feeling disappointed. Though I do have to say... it was a very small feeling.
Movie Trailer
How could you not be excited after this trailer?

It is evident from the beginning, as I already knew, that this is definitely going to be different.  For one, the zombie attacks are just beginning, where in the novel, the war has gone on for quite some time. Not only is Gerry not yet in his role within the United Nations, traveling the world and speaking with survivors, but it also introduces his family, which was not much of a focus, if any at all, in the novel.

This progressed as most zombies movies do. The outbreak, trying to escape and survive, and key people trying to find out how it all began, and how to stop it.  Far from boring though, even though it followed that formula.  And if I am going to be very honest, it was even a bit predictable, if you pay enough attention to notice a couple of scenes to come up to the key observation that Gerry Lane realizes himself about the zombies, and how to potentially win the war against the dead.

In terms of scare factor, this movie freaked the shit out of me.  It was non-stop action, and those zombies just kept on coming.  My heart was trying to beat its way out of my chest, I guarantee it.

And I must say, I must give koodos to some of those zombie actors that had some extended screen time. They were fantastic, and literally had the hair on my arms rising to attention.  Specifically the zombies in the research lab. I wish I could have found some quick clips to embed and show you what I am talking about, but none seemed available. If you have watched it, you know who I am talking about, and if you haven't... well you should! (If you like zombie movies that is.)

In terms of cast, Gerry is the only character that I could recall that is the common denominator of this movie and the novel.  Brad Pitt did a great job. He had the right look, the right intensity, and I happen to think he is a great actor. He was a great choice for the role.
The Verdict
Ok, so it's pretty clear that there is little in common between both the novel and movie. Except the zombies, and our main character that is.  But I did not feel let down at all.  I started the movie already knowing it wasn't going to be the same, and that let me allow the movie to stand on its own for me.
So don't think that because you watched the movie, you read the book... You want to know what World War Z, by Max Brooks is all about? You will have to read it.

Did you read or watch the movie, or both? What did you think?

Posted by Bookluvrs Haven at 6:28 PM

Email ThisBlogThis!Share to TwitterShare to FacebookShare to Pinterest
Labels: 4 Star Reviews, from page to reel