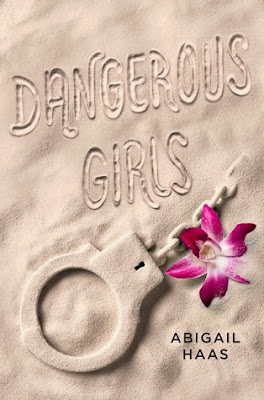 Paradise quickly gets gruesome in this thrilling page-turner with a plot that’s ripped from the headlines and a twist that defies the imagination.

It’s Spring Break of senior year. Anna, her boyfriend Tate, her best friend Elise, and a few other close friends are off to a debaucherous trip to Aruba that promises to be the time of their lives.

But when Elise is found brutally murdered, Anna finds herself trapped in a country not her own, fighting against vile and contemptuous accusations. As Anna sets out to find her friend’s killer, she discovers harsh revelations about her friendships, the slippery nature of truth, and the ache of young love.

Awaiting the judge’s decree, it becomes clear to Anna that everyone around her thinks she is not only guilty, but also dangerous. And when the whole story comes out, reality is more shocking than anyone ever imagined...

Looking for an amazing thriller that keeps you constantly guessing and on your toes?

Dangerous Girls is IT!

Once you start this novel, you will NOT be able to put it down!!

And once you finish it, I promise that you will be thinking about this story for DAYS, if not weeks after.  I made up my mind about what really happened, then got sucker punched in the face with the truth. And it left me stunned for days.


This group of friends appear like typical young adults having a great time away.  Appearances sure can be deceiving! What emerges in this story are layers of complexity in each character and relationship that you don't anticipate.

What made this even more unique was how this writer brought you through the courtroom proceedings of this complex case and how evidence was so easily manipulated by the leading investigator. You are also given insight into how cut-throat and manipulative the media can also be during such a sensational international case.  It was difficult to "watch" how easy it was for these parties to doctor video or interview footage, or to twist statements to drive their points across. It made me almost ill on Anna's behalf, as she was practically fed to the wolves.

But as the investigation continues, more and more layers are revealed, and every time you think you know the truth, another revelation makes your mind spin.

This was the most unpredictable novel with the most sensational ending that I have read in a long time in this genre. Don't let the sweet-looking cover fool you. This YA novel is surprisingly dark. And easily one of my favorite books this year. I can't say enough great things about this book except....

Posted by Bookluvrs Haven at 7:19 PM