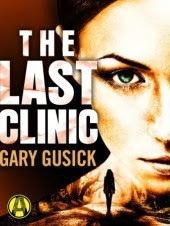 In a fast-paced, suspenseful debut novel for fans of Harlan Coben and Lisa Gardner, detective Darla Cavannah goes Deep South in pursuit of a merciless killer.

Outside the local women’s health clinic, the Reverend Jimmy Aldridge waving his protest sign is a familiar sight. But that changes early one morning when someone shoots the beloved Reverend Jimmy dead. Sheriff Shelby Mitchell knows the preacher’s murder will shock the good people of Jackson—and the pressure to find the killer is immediate and intense, which is why Shelby calls in detective Darla Cavannah.

When police detective Darla moved from Philadelphia to Jackson with her husband—hometown football hero Hugh “the Glue” Cavannah—she never imagined the culture shock that awaited. Then after Hugh dies in a car crash, Darla enters a self-imposed exile in her Mississippi home, taking a leave of absence from the sheriff’s department. Now she’s called back to duty—or coerced, more like it, with Shelby slathering on his good-ole-boy charm nice and thick, like on a helping of barbecue.

Reluctantly partnered with a mulish Elvis impersonator, Darla keeps a cool head even as the community demands an arrest. The court of public opinion has already convicted the clinic’s doctor, Stephen Nicoletti, but Darla is just as sure he’s not guilty—even as she fights her growing attraction to him. From the genteel suburbs to a raunchy strip club, Darla follows a trail of dirty money and nasty secrets—until the day of judgment comes, and she faces down an ungodly assassin.

It has truly felt like it has been quite a long time since I have sat down with a good old fashioned thriller. This one comes with a no nonsense female detective - my favorite kind!

Still reminded of her husband's unexpected death, Darla Cavannah not only has to deal with the murder of a well respected Reverend in the small town she lives in, but also has to employ all of her patience.  The other cop on the job wants all the glory, is hungry for TV time, and his constant crooning and bad Elvis impersonations drive her insane.  But this woman is nothing but a professional, and can get the job done, no matter the obstacles. Whether it is to constantly prove herself as an investigator, keeping a cool head with her Elvis impersonator partner, and weeding through untruths, she slowly but surely begins to uncover the truth.

Darla quickly discovers that there are many secrets in this sometimes too small God fearing town.  Even their Reverend is tainted with dark skeletons in his closet. One of which may have played a hand in getting him killed. The townspeople certainly don't make it easy for Darla, but with the help of a very smart young man and her open minded view of his cool program in finding crime patterns, she inches closer and closer to the truth.

Great debut novel that will keep you guessing until the end. I am really looking forward to future novels by this author.

Gary Gusick is a former advertising executive with more than thirty years experience as a copywriter and creative director. He is a winner of numerous national and international awards for creative excellence in advertising. The Last Clinic is his first novel.

Posted by Bookluvrs Haven at 10:23 AM