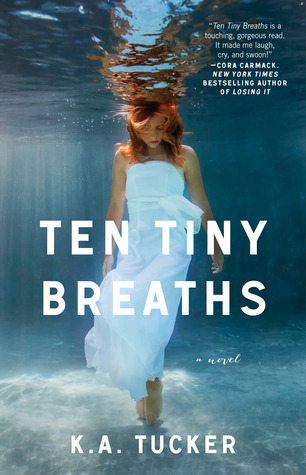 Kacey Cleary’s whole life imploded four years ago in a drunk-driving accident. Now she’s working hard to bury the pieces left behind—all but one. Her little sister, Livie. Kacey can swallow the constant disapproval from her born-again aunt Darla over her self-destructive lifestyle; she can stop herself from going kick-boxer crazy on Uncle Raymond when he loses the girls’ college funds at a blackjack table. She just needs to keep it together until Livie is no longer a minor, and then they can get the hell out of Grand Rapids, Michigan.

But when Uncle Raymond slides into bed next to Livie one night, Kacey decides it’s time to run. Armed with two bus tickets and dreams of living near the coast, Kacey and Livie start their new lives in a Miami apartment complex, complete with a grumpy landlord, a pervert upstairs, and a neighbor with a stage name perfectly matched to her chosen “profession.” But Kacey’s not worried. She can handle all of them. What she can’t handle is Trent Emerson in apartment 1D.

Kacey doesn’t want to feel. She doesn’t. It’s safer that way. For everyone. But sexy Trent finds a way into her numb heart, reigniting her ability to love again. She starts to believe that maybe she can leave the past where it belongs and start over. Maybe she’s not beyond repair.

But Kacey isn’t the only one who’s broken. Seemingly perfect Trent has an unforgiveable past of his own; one that, when discovered, will shatter Kacey’s newly constructed life and send her back into suffocating darkness.

Angry, bitter and lost, Kacey Cleary lives and breathes for only one reason. Her younger sister, Livie. Holding on to the pieces of the life that shattered on that one horrible night when she lost her parents, best friend and boyfriend in a car crash, she grabs Livie and moves them to Miami to start a new life. A too-friendly uncle was the last straw, and Kacey is determined to keep Livie safe.

Haunted by memories of being trapped in her car, listening to her mother's last breaths, holding on to the hand of her dead boyfriend, and the sight of her best friend's crushed body, she refuses to get close to anyone. Never does she want to suffer another loss like that. It's safer to be distant. But then Trent, Storm and Mia barge in to her safe, emotionless life, and turn her whole world upside down.

Kicking and screaming, Kacey's walls slowly start to crumble. She forges a friendship with Storm, falls for adorable little Mia, and begins to fall in love with Trent.  Making good money bartending at the adult club Storm works in, she is finally feeling hope for the future. Until one huge revelation shatters her life all over again.

One shattered by grief. 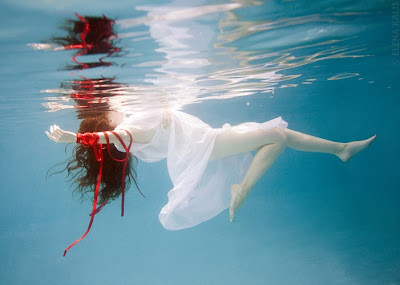 The other desperate for forgiveness.

Will love be enough to heal them?

I can't remember the last time where every character in a story tugged at my heart strings the way each one in Ten Tiny Breaths did.

Or the last time that I carried my Kindle everywhere, so that every time I had a single minute, I could get back into this book, if only to read just one more paragraph.

This story hit me on a deeper emotional level than I anticipated. Writing this review, and thinking back on this story still chokes me up. Though it addresses a very serious and important issue that has dire consequences, it also touches on how powerful the gift of forgiveness can be. Though I would consider this to fall in the New Adult genre and maybe more appealing to a younger audience, I wouldn't hesitate to recommend this story to anyone and everyone.

Born in small-town Ontario, Kathleen published her first book at the age of six with the help of her elementary school librarian and a box of crayons.
She is a voracious reader and the farthest thing from a genre-snob, loving everything from High Fantasy to Chick Lit.
Kathleen currently resides in a quaint small town outside of Toronto with her husband, two beautiful girls, and an exhausting brood of four-legged creatures.

Posted by Bookluvrs Haven at 9:59 AM