One of the awesome perks of being a blogger is to be able to read novels for review, sometimes before they are even released.  The whole idea of Netgalley made me crazy, and I picked up more than I could handle. One of my New Year resolutions is to give priority to these novels waiting for me. 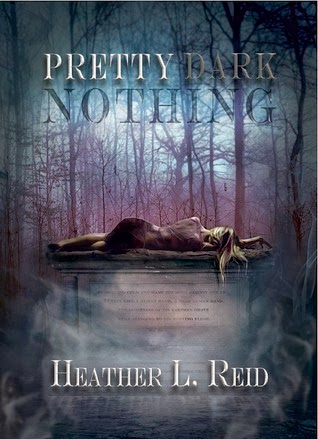 It’s been twenty three days since Quinn has slept for more than minutes at a time. Demons have invaded her dreams, stalking her, and whispering of her death. The lack of sleep and crippling fear are ruining her life. Energy drinks and caffeine pills don’t make a dent. When Quinn dozes off in the school hallway, Aaron, an amnesiac with a psychic ability, accidentally enters her nightmare. The demons are determined to keep them apart, and Aaron from discovering the secret locked away in his memory. Together, they could banish the darkness back to the underworld for good. That is, unless the demons kill them first.

This story had a really cool concept and that is what attracted me to it.

A female protagonist that sleeps minutes at a time to avoid the demons that are determined to torment her. A young, captivating male that hungers for her from afar with secrets of his own. Together they may be the key to banish darkness.  What's not to like?

Though it was oh-so-promising, the most important question went unanswered.

For all intents and purposes there isn't anything remarkable or out of the ordinary about Quinn. Why she was tormented by these demons was a question that I wanted answered. Unfortunately, Aaron's backstory was filled in to explain his compulsive draw to Quinn (though I personally didn't feel it was all that satisfying), but no real answers came for Quinn.

The story was ended with room for continuation, and hopefully this very important question is answered in later installments, but I was looking for some substantial information to offer some explanations in this one. And it was very disappointing that none came.

Though the drama in this novel made it interesting enough to continue, the chemistry between Quinn and Aaron was questionable too.  With Quinn being so hung up on her ex-boyfriend Jeff for the first part of the book, I found it strange and unbelievable that her feelings not only switch so quickly for Aaron - someone that she hadn't really looked at twice beforehand - but the sudden depth of her feelings for Aaron made me roll my eyes.  The regular on and off again between them also became a little exasperating. There is only so much hot and cold that I can handle.

The beautiful cover drew and interesting synopsis certainly drew me in. Maybe I build it up too much in my mind, and I ended up coming away disappointed by the execution of this plot.  Though not badly written it was missing some very important elements and it failed to leave a lasting impression with me.

*I received a eBook copy of this book for free to review from the author/publisher; this in no way influenced my review, all opinions are 100% honest and my own.* 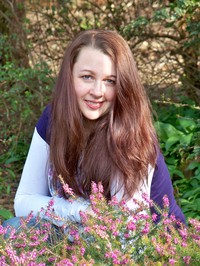 About this Author:
Heather L. Reid has always had a sense of wanderlust and a belief in the paranormal. She eats mayonnaise on her fries, loves video games, and getting lost in a good story. This native Texan now lives with her Scottish hubby in South Ayrshire, Scotland, where she spends her weekends wandering the moors in search of the ghost of William Wallace and exploring haunted castles. Her debut young adult Paranormal, PRETTY DARK NOTHING, will be released on April 23, 2013 by Month 9 Books.