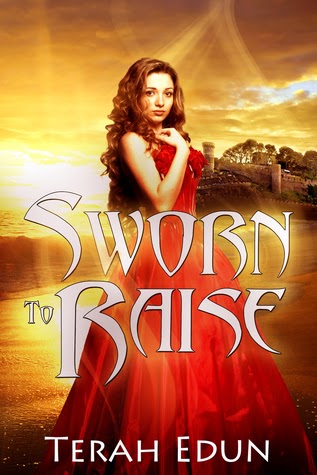 Seventeen-year-old Ciardis has grown up in poverty, a cleaner in a small vale on the outskirts of the empire. But beneath her empire’s seemingly idyllic surface lies a hidden secret. Whispers of an inept crown Prince are growing ever louder—intensified by the five year anniversary of the soulbond initiations.

Amidst scandalous whispers, Ciardis finds herself chosen to train for the Companion’s Guild. She leaves her home and sets off on a personal journey to become a Court Companion. A position she’d never thought possible for a lowly servant to obtain, she must prove that she has the skills to attract a Patron.

But she must master those skills quickly. If the legends are true, only Ciardis can harness the power to raise a Prince in an Imperial Court sworn to bring him down.

My general feeling after finishing this book.

This book sounded like it would have been an intriguing combination of YA and Fantasy with the promise of an interesting female protagonist who didn't know how important she would become to the realm and gets thrown neck deep into some major court intrigues.

The beginning of this novel did hold such promises, and kept my interest.  Unfortunately, though it did keep my interest long enough to finish it, it was far from a memorable story.  It just didn't live up to my expectations.

Ciardis' character was not developed well enough to make me relate or understand who she is.  Other characters in this story were equally forgettable.  Most of the plot development in the novel flows along similarly.  Too much attention was payed to details not so important to move the plot along, and other parts too rushed for my liking. In a fantasy magical setting, I need more intricate world building than what was offered, and that was also lacking for me. Especially when you are dealing with another realm from the one that characters are living their normal lives in.

This novel felt like it gave you enough information to set up the series. Is that the right way to introduce a series? Hmmm not sure. It may have been enough to intrigue other readers to continue, but I usually approach a series expecting to become fully immersed in another world and cast of characters and feel like I can't wait to get into the next story immediately.  In this case, I didn't really care about anyone deeply enough to be curious to see how the story plays out.  It was still an enjoyable novel, but I have already forgotten most of the details.

If you want to give it a try without investing more than your time to see if this appeals to you, it was available free as of this post on Amazon.

Thank you Netgalley and publisher/author for the opportunity to read this novel for an honest review.

Terah Edun's latest YA Fantasy novel, SWORN TO CONFLICT, published on December 5, 2013. Book Four, SWORN TO SECRECY, will release on February 28, 2014. Her next projects include a new YA Fantasy novel with a girl determined to change the odds on the streets of the city she knows best - Sandrin.

Posted by Bookluvrs Haven at 3:03 PM