Book Blitz & Giveaway - Not Quite Dead by Lyla Payne

Take a read through the book synopsis of Not Quite Dead and tell me you are not interested. Come on now... It sounds pretty cool. I am definitely curious.

Do you agree? Then scroll down for a chance to win your very own ecopy. Giveaway ends June 6th so don't delay it!

Thanks go out to Xpresso Book Tours & Author for putting this one on my radar. 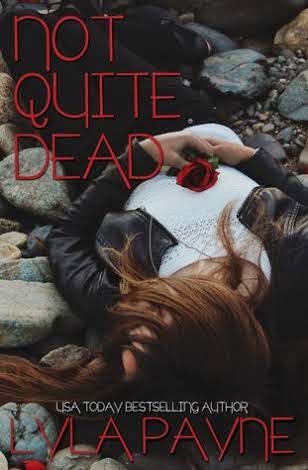 A broken engagement sends Graciela Harper crawling back to Heron Creek with her tail between her legs, but finds the sleepy little town too changed to set her life right. Not even her budding drinking problem can obscure her Gramps’s failing health, or erase the mental picture of her first love happily married to her childhood best friend. To top it all off, she’s having a heck of time convincing the town’s dashing young mayor of her unfit-for-dating status.

When the ghost of 18th century lady pirate Anne Bonny starts insisting on a near daily audience, Graciela has to confront something else she never expected—being certifiably nuts at twenty-five years old.

Her brand new “I don’t give a crap” attitude makes it easy to dismiss the mysterious threats that seem to be tied to her search for more information on the long dead pirate, but when her family becomes a target, Gracie knows she needs to find out why the ghost insists on being a constant, reeking companion.

If Graciela can put aside her prejudice against people without a pulse, she may discover that Anne Bonny’s problems are intricately linked with her own. The past harbors answers could help the cantankerous spirit find closure, but she is, after all, already dead. If Graciela doesn’t move fast, she might find herself doing the haunting, instead of the other way around. 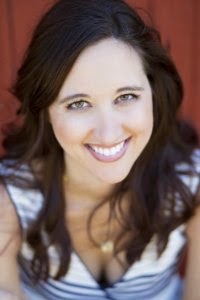 AUTHOR BIO
Lyla Payne has been publishing New Adult romance novels for a little over a year, starting with Broken at Love and continuing with the rest of the Whitman University series. She loves telling stories, discovering the little reasons people fall in love, and uncovering hidden truths in the world around us - past and present. In her spare time she cuddles her two dogs, pretends to enjoy exercising so that she can eat as much Chipotle as she wants, and harbors a deep and abiding hope that Zac Efron likes older women. She loves reading, of course, along with movies, traveling, and Irish whiskey. Lyla's hard at work, ALWAYS, and hopes to bring you more Whitman University antics and at least one more Lowcountry ghost tale before the end of the year.

If you want to know more, please visit her at http://lylapayne.com

If you're a fan of Young Adult fiction--science fiction or otherwise--please check out her work that's published under the name Trisha Leigh. http://trishaleigh.com

If you guys have been following me for a bit, it will be pretty clear that I have been on a New Adult Romance train. I love the genre and can't seem to get enough. In fact, I have forced myself to pick up completely different genres the last couple of months so I don't make myself sick of NA. But I keep finding new ones that I want to add to my to-read list, and Chasing Luck is no exception. This one sounds like a real tear jerker. Just the way I like it! 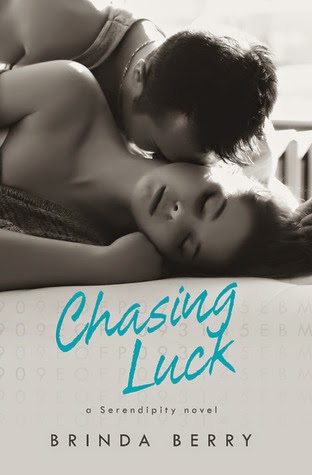 Sometimes surviving doesn’t feel lucky. Especially when you’re a sole survivor…At the age of seven, Malerie walked away from a bombing that left hundreds dead—including her mother. When a crazed gunman kills her guardian on her eighteenth birthday, Malerie suspects there may be more to her survival than luck. A mysterious code holds the key to her future, and a reluctant white knight holds the key to her heart.

Ace is a twenty-year-old entrepreneur focusing on two things in life: financial security and a life without ties. A life that doesn’t risk losing the ones who matter. When Ace is hired to secretly act as a bodyguard for Malerie, he faces an unwanted attraction that threatens to sabotage his heart. Can Ace find the courage to love a girl with a death wish? 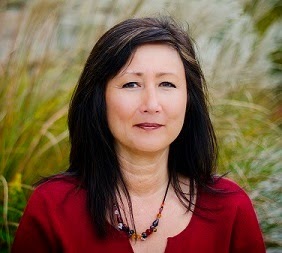 Brinda Berry lives in the southern US with her family and two spunky cairn terriers. She has a BSE in English and French and a MEd in Learning Systems Technology. She's terribly fond of chocolate, coffee, and books that take her away from reality. She doesn't mind being called a geek or "crazy dog lady". When she's not working the day job or writing a novel, she's guilty of surfing the internet for no good reason.

Posted by Bookluvrs Haven at 7:00 AM No comments: Links to this post

Today we have a Cover Reveal, care of  Xpresso Book Tours for Sticks and Stones, by Shawn McGuire. Undeniably appealing, I love the vibrant greens of this cover. This novel would definitely grab my attention sitting on a shelf.

Cover designed by Art by Karri 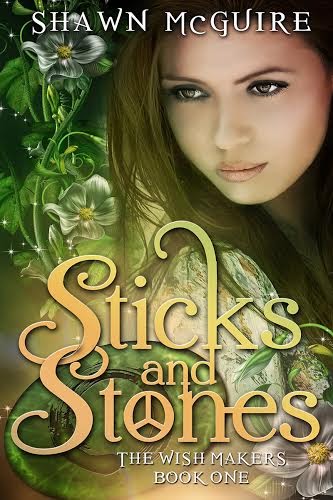 SYNOPSIS: Everyone has a dark side. Mandy’s just moved in with her.
The last time sixteen-year-old Mandy Matteo broke a rule, her sister died. Since that day she has done only what is expected of her, but life as a goody-goody has made Mandy so boring her friends have all but abandoned her. And she’s given up on ever getting Ethan, the boy she’s liked forever, to notice her. Desperate, Mandy makes a wish to simply be happy.

Her wish is granted and happiness arrives in the form of Lexi, her childhood imaginary friend come to life. Magical wishes have conditions though: Once started, the wish cannot be altered or stopped. And once Mandy is truly content with her life again, Lexi must go back to where she came from. But Lexi loves being alive and she’ll do whatever it takes to stay that way.

Read more »
Posted by Bookluvrs Haven at 7:00 AM No comments: Links to this post 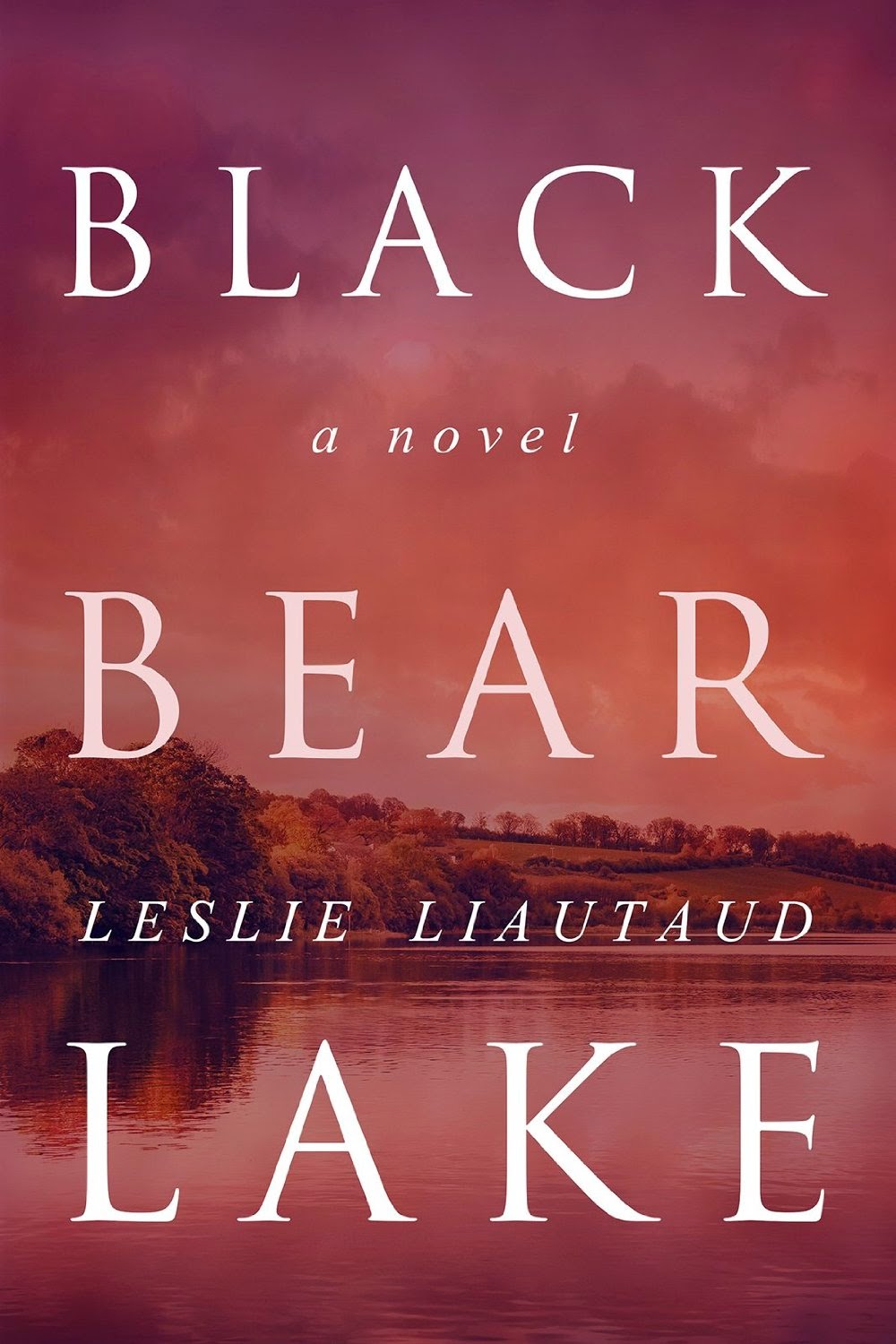 Adam Craig, a forty year-old stock trader in Chicago, finds his marriage teetering on the rocks and his life at a standstill. Desperate and on the edge of personal collapse, Adam takes the advice of a therapist and travels to his childhood family compound on Black Bear Lake with hopes of making peace with his past. Stepping onto the northern Wisconsin property, he relives the painful memories of the summer of 1983, his last summer at the lake.

In August 1983, a self-conscious fifteen year-old Adam carries a world of worry on his shoulders as he arrives at Black Bear Lake for a month long family reunion. Between anger and fear of mother’s declining health as she quietly battles a quickly spreading cancer and his cherished cousin’s depression over her parents’ bitter divorce, Adam is swept up in smothering familial love among the multiple generations and heartbreaking misunderstanding and betrayal. The arrival of a sensual but troublesome babysitter throws the delicate balance of his family into a tailspin. Blinded by his attraction to the newcomer, Adam fails to see his cousin's desperate cries for help and the charged electrical current running through his family's hierarchy. Crushed in the middle of it all, Adam is forced to learn that there's a fine line between self-preservation and the strength of family blood, all the while unaware of the impending tragedy that will ultimately change his life forever. 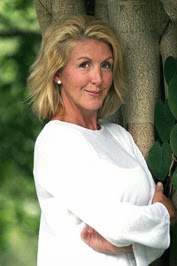 Leslie Liautaud is the author of Midnight Waltzes (2006), He Is Us (2008), The Wreck (2009), SALIGIA (2011), The Mansion (2012) and Summer Nights and Dreams (2012). She is also the author of the coming-of-age novel, Black Bear Lake (CreateSpace Independent Publishing, 2014).
Leslie is originally from Kansas City, MO where she worked in the performing arts. Currently, she divides her time between between Key Largo, FL and Champaign, IL with her husband, three teenage children and three rambunctious dogs.

Posted by Bookluvrs Haven at 7:00 AM No comments: Links to this post