I am so excited to bring to you our very first Author Spotlight since our re-launch!!  Author Spotlights are one of my favourite features on the blog.  There's not much better than falling in love with a book and getting to pick the brain of your new favourite author!  Keep reading right to the end.  Nicole very generously has agreed to a giveaway for the first two books in the amazing Spitfire trilogy!

With that being said, I would love to introduce you to my new favourite author... 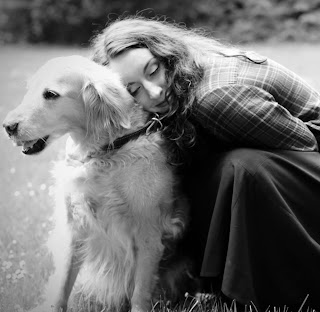 I was super excited to get to know more about Nicole and I hope that you are too!  So without further ado, I will get into the interview questions.


Where do you do most of your writing?


I write at home and in coffee shops. Cliche, I know. When at home, I'm usually parked on the couch, interrupting my husband's work with the occasional "WHAT ARE YOU DOING??" whenever I'm yelling at my characters. That's usually about the time he kicks me out to interrupt people at local cafes.


Do you have anything you have to do or have while writing?

Caffeine--usually coffee, which my dude makes better than anyone else, or, if I'm writing for a good long while, a pot of earl grey tea. And a comfortable place to sit. For some reason I cannot write at a table. I have to be as sloth-like as possible.


Who is your favourite author?

I have many. If I want to feel like I just kicked some ass, I read Chimamanda Ngozi Adichie. If I want to learn stuff and stick with the characters for a nice long while, I reread all of Diana Gabaldon's work (also JAMIE). In terms of indie authors, Jodi Ellen Malpas is my spirit animal, and as for newer authors, I think Kennedy Ryan's work is pretty amazing.


If the spitfire trilogy were to be made into a movie, who would be your ideal actor/actress for Brandon and Skylar?

Brandon is easy: Charlie Hunnam. I actually dreamed the meet-cute in Legally Yours before I wrote the book, and I had been watching too much Sons of Anarchy at the time, so in my head, Brandon looks like a hybrid between Hunnam and Paul Walker.

Skylar is a harder nut--she is a total figment of my imagination, physically based on a girl I met when I was traveling in France several years ago. I haven't seen anyone who looks like her, but out of famous actresses...maybe Emma Stone? Yeah, I think that would work, partly because of the red hair and also because she has the right attitude.

That's an amazing question--definitely not one I've been asked. Hmmm...well, I'll tell you a story that was pretty much me in a nutshell:

During my first year of high school, my friend and I were waiting after soccer practice for my parents to pick us up. We were all kitted out in our gear, shinguards and balls and everything. As in, it was really obvious what we had just been doing. Up comes this boy, whom I'll name Chad (since all hot fools from HS are named Chad in my head), and I get all of a flutter, because Chad is THE hottest boy in the ninth grade, and I have a HUGE crush on him. And he smiles in that way that only cute HS boys can do, and I'm all excited because Chad is about to talk to ME. "Hey," he says. "Hi," I say, grinning like a fool. And then he says, "So, do you guys play soccer?" And I look down at my shinguards, the ball, our bags full of soccer stuff, the grass stains smeared over our shorts and probably across my face. Then I look back at him and say, "No, dude, we just like to dress like this for freaking fun."

Yeah, poor Chad did not become my boyfriend. But I also did not stop being a smart ass who sometimes puts her foot in her mouth, and that both served me well and kicked my ass in various ways throughout my adolescence.


When you were younger, what did you want to be when you grew up?

A "potion-maker." An "author" (hey, I got that one!). An archaeologist. A nightclub singer. A concert pianist. A baseball player (like in A League of Their Own). A poet.


How did you get into writing?

It is really hard for me to think of a time when I wasn't writing. When I was six years old I wrote my first story about a whaler who made friends with the whale he was chasing and started telling the world to stop whaling. We bound it with a cardboard cover and everything (in the shape of a whale). I was hooked.


Are you currently working on anything else?

Ooohhhh yeah. I have another series I've been sitting on for about a year now. It needs a lot of editing, but I'm hoping to put out the first book after I'm finished with the Spitfire Trilogy. It's the story of an NYU student and a local firefighter from Hell's Kitchen--sort of a "wrong side of the tracks" story. Readers can take a look at the first chapter (which is under the tentative title "Downtown Baby") on my website.


In your opinion was Legally Yours or Legally Mine better?

Legally Mine, I think. It's a little tighter, more polished, and I had a better editing team when I wrote it. But I also think it's just more interesting. The story itself is slightly more complex, and I think better character development happens. Plus...I like the steamy scenes better. They were really fun to write in this book. Especially the one in the pool.


Do you have a favourite quote from the Spitfire trilogy?

"He looked like he wanted to eat me. Good, I thought. Fair's fair." -- from Legally Mine


Was there anything left out of the trilogy that you originally had in it before it was edited?

Well, I'm still writing the third book, so we'll see. But there are definitely some scenes that were cut from the first two––snaps of Skylar with her friends at a local bar, a sex scene that just didn't quite work the way I thought it would, and several scenes with Brandon that were completely rewritten. His character is funny--he was hard to nail down for a while because the book isn't from his point of view at all, so it took a lot of iterations of "what would he do in this moment?" for me to get a feel for how he would talk and act. But once I did get a handle on him, he became clearer to me than everyone else, including Skylar, who's the narrator!


Do you remember the first story you ever wrote?

Yep. See my silly story about the whale above. I won an award from the principal and everything!


What is something you are really good at that most people don’t know?


I'm a really good mimic of foreign and regional accents. When I was a kid, my parents had au pairs live with us from several different countries, and I used to spend a lot of time studying their accents and pretending to talk like them. It sort of snowballed from there as I traveled more and lived in different places around the country and the world.

I highly suggest picking up the Spitfire Trilogy!

Book Number 2 - Legally Mine is being released tomorrow!!!

Below we are going to give you a chance to win e-copies of both the first and second book!! 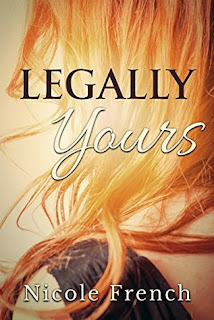 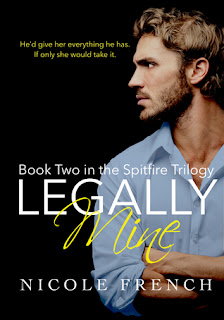