I am continuing to attack my pending reviews and Netgalley reading list with a vengeance! So I decided to double up on the reviews, and though the reviews may not be as long as usual, the essence of my thoughts and feelings about the books in question is most certainly there.

This week's featured novels are very different from one another. I like to change up my genres at every turn, or depending on the mood of the day or week. Without further delay, check out my thoughts below on Lingering Echoes and Undercurrent. 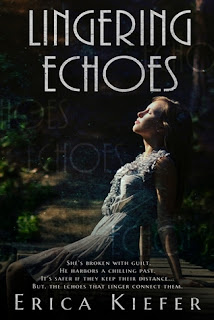 “You can’t change the past… no matter how much you want to.”
If only Allie Collins could go back to that tragic day one year ago, perhaps she could escape the guilt that haunts her. In reality, there was no altering her cousin’s death or the role she played. Then she meets Damien Michaels, a dark-haired stranger on a dirt bike, who seems to watch Allie and know more about her than he should. Veiling his own secrets, including a mysterious scar and unexplained tattoo, Allie knows she shouldn’t trust him—especially as she digs up a past Damien desperately wants to forget. She also doesn’t believe in summer romances, yet she finds her attraction to him growing beyond his striking grey eyes.

Unfortunately, Allie discovers too late that he is hiding a dark past which is far from over, endangering her life and those she loves.

It has been 2 years since I read this novel (and forgot to write my review... my bad). I read a lot of novels, and a lot of YA, and 4 stars is a pretty good rating for me. I am just a sucker for two people who believe they are broken, coming together and in many ways, help to put the pieces back together.  It just pulls at my heartstrings, and uses up my kleenex stock. Survivor's guilt is something that affects me deeply, so I immediately formed a connection with the Allie's character. This was a very raw and emotional story that was so intriguing that I couldn't put this novel down. Read it in a day. 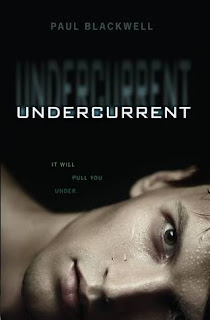 A SHADOWY FIGURE. AN INTENSE ROAR. THE SENSATION OF FALLING - FAST.

That's all Callum Harris remembers from his tumble over the waterfall. But when he wakes up in a hospital bed and finds his best friend trying to kill him, Callum knows something is seriously wrong. Unfortunately for him, the mysteries are just getting started.

Why are his parents acting like he's some big sports star all of a sudden? And why are all the buildings in town more run-down than Callum remembers? Worst of all... what happened to Callum's brother? Either Callum has gone seriously crazy or something happened when he went over the edge of the falls. Something impossible. Callum needs answers, and now. Because in this twisted new version of the life Callum knew, his former best friend isn't the only one who wants to see him dead.

I read Undercurrent recently which was long overdue. This book drew my attention from the beginning because of the cover. Just LOVE it. And the story was just as fast paced, and mysterious as I expected! This was such a rollercoaster ride, and was completely unpredictable. BUT, though others may very much disagree, I completely disliked how it ended. After going on such a crazy journey with Callum on what the heck was happening to his life, I am left wanting to know how it all works out. Maybe that was the writer's intention... to let you think about it and wonder... but I HATE that. I am left with so many unanswered questions, even though I understand now, finally, what happened, and though it is completely nuts, it did make enough sense to be plausible. But that end.... arghhhh!!! I just want to know what happens to everyone... but I guess in the scheme of things, I am not sure either how the writer would have been able to include that seamlessly. Don't let this micro rant deter you though.  It was definitely an enjoyable read and it didn't disappoint. Not every ending comes tied up in a neat little bow, nor does every writer intend to do so.

Posted by Bookluvrs Haven at 10:56 AM

Email ThisBlogThis!Share to TwitterShare to FacebookShare to Pinterest
Labels: 3 Star Review, 4 Star Reviews, Books that Made me Cry, Endings that made me throw a tantrum, Netgalley, Netgalley Challenge, Teeny Tiny Reviews, YA, YA Contemporary