Lily's Review of What Our Eyes Have Witnessed, by Stant Litore 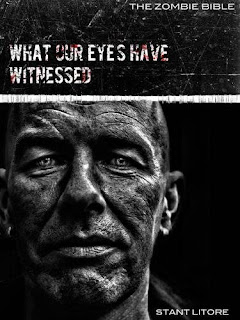 Father Polycarp has a Gift. He can bring peace and rest to the restless dead.

At his touch, each hungering corpse lies still at last. But to do this, he must first look into each one's blind eyes and find the remnant of the soul caught within the shambling corpse. He must witness each one's secrets, each one's suffering -- all that each had loved and feared and regretted in their brief lives. Only then can he absolve them and set them free. Only then will they cease to walk and feed.

But Polycarp may be burned for it.

After reading the first book of this series by Stant Litore which I reviewed earlier here: Death Has Come Up Into Our Windows  I started thinking... maybe I need to revise our rating system? Because 5 stars is our highest rating, and this book is a 5 star plus.

I very enthusiastically picked up this second installment already expecting great things. And once again, Mr. Litore failed to disappoint.  His writing is superb. His imagery is engaging. Once again, I was punched in the gut, but most definitely in the soul, with the depth of his story telling.

Whereas in the first book I relished in the zombie deliciousness of gory images and death, and faintly attuning into the surprisingly profound story of its main character, I was fully prepared for it in this book.  Yet, even so, this book took me by surprise, and stunned me with its incredible underlying plot line of such well developed characters whose faith was tested, again and again, and stood strong before the utter hopelessness of their situation.

Set in Roman times in this installment, we follow different characters now. One man who struggles with his love for Rome, and his idea of honor while he faces the horrors that surround him and threaten to break him. Another man who has been entrusted by God with an amazing gift, and persecuted for it, even though it can prove to be Rome's salvation. A woman who yearns for stature, and betrays those that took her in for a richer piece of clothing. Another, who was a slave and treated worse than a mangy dog, who found love and a sense of self whose unwavering faith makes her stronger than the strongest Roman.  All intricately woven into a fantastic story that keeps you on the very edge of your seat.

One paragraph in this book hit me deeply. Made me think differently of what I was reading. I have a hate and love relationship with Zombies. I cheer for their demise, the dirty rotting walking fiends, may they die a thousand pulverizing incredible deaths!! But this paragraph changed my perspective forever.

" It is a fearful thing, yet something each of us yearns for - to be naked before God or before another human being.  To be intimate and loved for who we truly are.  And if this is so with you who live, it is so, too, with the dead.  Think of how burdened your hearts are.  Those who die so burdened yearn and hunger even in death.  Desiring intimacy, they rise and devour, for consuming another is the only way they know to take another into themselves.  But I think there is one very great difference between the dead and the living.  If I were to touch one of the dead and gaze into its eyes, it would be far readier than any of you to lay down its burdens and rest. "

How amazingly profound, that paragraph. Each rotting corpse was once a person too, with dreams and hopes... and now all they can do is shamble about in horrible hunger.

Sigh... Thanks Stant. Now I feel that unwelcome feeling of sympathy.  Now you have made me think profoundly and with sadness about those poor souls... K enough of that! Time to read some "Walking Dead" graphic novels! 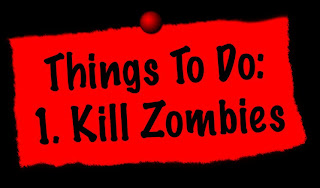 But in case you guys didn't get the memo, you seriously need to check out the Zombie Bible by this amazing author.

So listen up people!!! 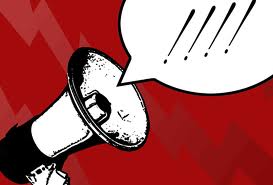 I will personally gift one very lucky reader with BOTH installments of this series.  Check out this contest, and enter for the chance to win a Kindle copy of both novels!  Good luck! You won't regret winning this one!

a Rafflecopter giveaway
Posted by Bookluvrs Haven at 9:00 AM