FOR THREE DAYS, IT WAS DARK.
News reporters scrambled. This was the biggest story to come along in weeks.
They called it a blackout.
The last one was in New York City in 2003, but this one was different, special, because the grids in six major cities across the country had been fried, kaput, see-you-next-Sunday. Everyone with some jurisdiction blamed each other, and when there was no one left to blame, terrorism rode in on its gallant steed.
It was the media’s fault. They were so busy stuffing fanatical Muslims with a penchant for Allah and decapitations down the American citizen’s throat, that they never saw it coming. I guess I shouldn’t be too hard on them.
They were partially right.

It was terror after all, but a whole new kind. And when the lights came back on, things had changed.

The dark had brought us visitors.

I went to bed early one recent night, Kindle and mug of tea in hand, and clicked on to page one. Quickly, I was pretty engrossed in this story. The anxiety and confusion building around our main female character as strange things begin to happen, and people around her behave out of character, had me really tense. I was so focused and slightly frightened with what was developing, that when my sis-in-law drunk texted me and my phone vibrated on my side table, I jumped two feet in the air. The cat freaked, and jumped off the bed in a mad dash and half skid around the corner, almost knocking a mirror right off the wall. 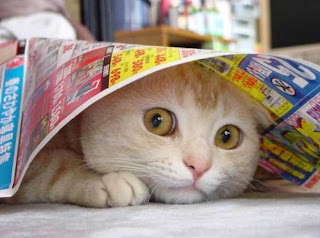 Now THAT'S what a good, well written, scary ass beginning should do to you. Cause total havoc.


The story progresses and you meet other human characters, and for me each one was memorable in their own way. I really enjoyed and appreciated all the back stories to the different characters, and how the story was shown, not just told. In particular, I really liked Seven's story, which was heartbreaking to say the least. And horrifying. I became really attached to this character after that.  When you read what she endured, and you realize the extent of the takeover and how humans are being used, it broke my heart, and made me angry.

The point is, the writer made me love (and also hate) the human and not so human characters, and I was very invested from beginning to end.

There were a couple of dry spells in this novel, such as the part that goes into Emma's training. A little long and dry when you have had non-stop anxiety and build up. But overall, this novel was really impressive and I would compare it to "The Strain" by Guillermo del Toro which had a scare-the-s%^&-out-of-me beginning as well.

Good kick-ass group of people trying to save the world, with a little humor thrown in to lighten the mood. Really good action and great build up. Highly recommended.

Beck Sherman was born and raised in Boston, Massachusetts. Beck attended Syracuse University undergrad and has a master's degree in photojournalism from the University of Westminster, London.

Check out Beck Sherman's blog!
Check out his profile on Goodreads!