Lily's Review of The Pact, by Jodi Picoult 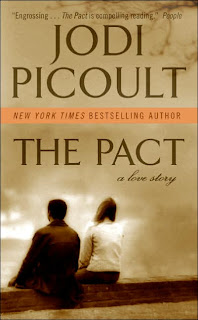 For eighteen years the Hartes and the Golds have lived next door to each other, sharing everything from Chinese food to chicken pox to carpool duty-- they've grown so close it seems they have always been a part of each other's lives. Parents and children alike have been best friends, so it's no surprise that in high school Chris and Emily's friendship blossoms into something more. They've been soul mates since they were born.

So when midnight calls from the hospital come in, no one is ready for the appalling truth: Emily is dead at seventeen from a gunshot wound to the head. There's a single unspent bullet in the gun that Chris took from his father's cabinet-- a bullet that Chris tells police he intended for himself. But a local detective has doubts about the suicide pact that Chris has described.
Published August 29th 2006 by HarperCollins Publishers
(first published April 22nd 1998)
Lily's Rating:

Jodi Picoult.... you pull my heart out and rip it to pieces... each and every single time.

Ya I have favorite Jodi novels, and others that may not be as high on my list... But I swear, she manages EVERY. SINGLE. TIME. to make me cry... sometimes a little, sometimes a lot... but always there is a shimmer of tears in my eyeballs when I read one of her books.

This one was no exception, though it was only a 'one runner' (a single tear down my cheek in case you are wondering).


There was no ridiculously 'fall to my knees' devastating ending or a twist I never saw coming that leaves me gasping "NO WAY", which is what I have encountered in most of her novels that I have read. The situation is, as all of Picoult's books so far that I have read, devastating, extremely controversial and heart wrenching... and maybe incomprehensible.

I don't know how Picoult chooses her topics. I know that they are intellectual, controversial, sensitive, difficult to digest and also quite devastating sometimes. But there is also so much hope, love, understanding, loyalty and strength as well. But it doesn't really matter what emotion or feeling comes out the strongest to me. What I love the most about her novels, and in particular with this one, is that I find myself pausing and thinking, 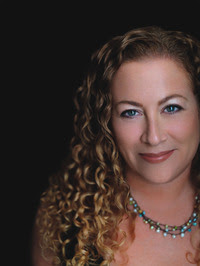 Picoult was born and raised in Nesconset on Long Island, New York. Her first story, at age 5 was "The Lobster Which Misunderstood." She studied writing at Princeton University, graduating in 1987, and had two short stories published by Seventeen magazine while still in college. Immediately after graduation, she took on a series of miscellaneous jobs, from editing at a textbook publishing company to teaching eighth grade English classes. Soon after, she attended Harvard University to earn her master's degree in education.
Picoult's novels tend to center on human emotion and complex human relationships. Most of her books' storylines incorporate a criminal or civil case which lasts throughout the book's narrative, concluding shortly before the book ends. In books that don't follow this pattern, an attorney character is still often included. At the end of nearly all of her books, there is an unexpected twist.
She became the writer of DC Comics' Wonder Woman (vol. 3) series following the departure of fellow writer Allan Heinberg. Her first issue (#6) was released on March 28, 2007, and her last was issue #10 (released on June 27, 2007).
She is married to Tim Van Leer,[4] whom she met while in college. They, their three children, Sammy, Kyle, and Jake, and a handful of pets, live in Hanover, New Hampshire.
Nineteen Minutes, Picoult's novel about the aftermath of a school shooting in a small town, has become her first book to debut on #1 on the New York Times Best Seller list.
Website:http://www.jodipicoult.com/


Posted by Bookluvrs Haven at 4:00 AM