A DYING LAND
The Shima Imperium verges on the brink of environmental collapse; an island nation once rich in tradition and myth, now decimated by clockwork industrialization and the machine-worshipers of the Lotus Guild. The skies are red as blood, the land is choked with toxic pollution, and the great spirit animals that once roamed its wilds have departed forever.

AN IMPOSSIBLE QUEST
The hunters of Shima’s imperial court are charged by their Shōgun to capture a thunder tiger—a legendary creature, half-eagle, half-tiger. But any fool knows the beasts have been extinct for more than a century, and the price of failing the Shōgun is death.

A SIXTEEN YEAR OLD GIRL
Yukiko is a child of the Fox clan, possessed of a talent that if discovered, would see her executed by the Lotus Guild. Accompanying her father on the Shōgun’s hunt, she finds herself stranded: a young woman alone in Shima’s last wilderness, with only a furious, crippled thunder tiger for company. Even though she can hear his thoughts, even though she saved his life, all she knows for certain is he’d rather see her dead than help her.

But together, the pair will form an indomitable friendship, and rise to challenge the might of an empire.

Jesus! Look at that cover. I can stare at it all day, salivating profusely. I LOVE IT!

I clicked the request button at Netgalley, and crossed my fingers. When I finally got the notification that I was approved to read this ARC.... holy crap Happy Dance!

This is officially my first 'Steam Punk' novel. Frankly, I wasn't even sure what Steam Punk is. But I really, really, really wanted to read this novel.

On to the thoughts on the story itself.

The author did a great job in implementing lots and lots... and lots of Japanese terms into this novel. I guess it set the mood; identified the culture/people... but it also made things a little challenging for me for the first 20% of the novel. There IS a glossary, which would have been so helpful to me had it not been a pain in the you-know-what to get to on my kindle. This was definitely a book I wished I had on hardcopy copy for that issue alone. And I will be honest! I really wasn't sure if I was going to love this, or even like it, because I didn't really understand what the majority of the terms meant without going through this frustrating exercise of going to the glossary, then finding my way back to my current page (trust me, it was a pain!)... so I gave up on the glossary, and tried to continue on.

20% in, and our girl Yukiko is on an air ship with her father, and other characters on this seemingly impossible quest to find and capture a amazing creature thought to be extinct.. a thunder tiger (basically a griffin).. for their Shogun, who I found to be quite mad and a nasty little shit of a person.

Amazingly, they glimpse the creature soaring in and out of a brewing storm... and I was insanely hooked on this novel from that moment on.

They successfully capture it, but the storm causes havoc on their air ship, and it ends up going down. But not before Yukiko risks her life in order to save the thunder tiger, and they both survive the crash, finding themselves in the middle of a wilderness.

As their journey continues, they slowly form a friendship and deep connection aided by Yukiko's secret gift.. being able to connect and communicate with animals.

The glossary then failed to be a thought in my brain. It no longer mattered. I was fully invested from that moment on to continue on this epic journey with them both, as they faced adversaries, and made allies.

The action scenes in this novel were OUT OF THIS WORLD! Completely cinematic and so fluent I could see every move in my head as if I was watching a movie on the big screen. I LOVED LOVED LOVED how both Yukiko and Buruu (what she named the thunder tiger) fought together as a team, like a perfectly choreographed dance of death. They melded together, almost becoming one entity, and when Buruu roared, and Yukiko yelled along with him, I swear my heart palpitated.

Yukiko was by far my favorite character. A young girl brought up in a harsh, poisoned world. Strong and intelligent, but with a young heart that yearned and dreamed of a green eyed warrior. She was mature beyond her years who seemed to carry the world on her shoulders. Her shoulders were wide. She also seemed to carry her father, who slowly poisoned himself with his addiction for the lotus smoke that dulled the voices of the demons of his past. She was the true warrior in this novel. She was stunning. 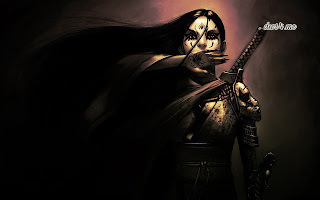 And Kin... oh sweet Kin. Man... I always feel bad for the third wheel in the romance triangle. Poor Kin loved Yukiko from afar, but his feelings were far from being returned. My heart went out to him and hope it changes for him in the later novels!  Because, yes, I like the underdog best in this love triangle.

There wasn't a dull moment. Once this novel sucked me in, it refused to let me go.  In fact, I can see myself reading this again and again. It took me on a ride through twists and turns, betrayals and sacrifices that were both stunning and unpredictable.

This novel ended up being pretty magical, and I really can't wait for the next novel. But since I have no choice in that, I may just have to read Stormdancer again, to help me through the agony of the waiting process.

This novel was kindly provided by the publisher/author via

Jay Kristoff grew up in the most isolated capital city on earth and fled at his earliest convenience, although he’s been known to trek back for weddings of the particularly nice and funerals of the particularly wealthy. He spent most of his formative years locked in his bedroom with piles of books, or gathered around dimly-lit tables rolling polyhedral dice. Being the holder of an Arts degree, he has no education to speak of.
Jay’s debut novel, STORMDANCER, a Japanese-inspired steampunk fantasy, will be published by Thomas Dunne/St Martin's Press, Tor UK & PanMacMillan in September 2012 as the first installment of THE LOTUS WAR trilogy.

Posted by Bookluvrs Haven at 8:44 AM