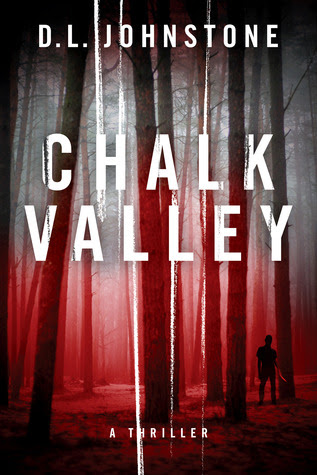 In a remote mountain valley in British Columbia, a human monster preys on innocent lives. After teenagers discover the body of a missing girl in Chalk Valley, searchers find the remains of two more victims secreted deep in the woods. A serial killer is at work.

Chalk Valley police detective John McCarty is picked to lead a task force to find the murderer. But inexperience, politics and McCarty’s own inner demons quickly overwhelm him and the investigation falters.

Meanwhile, on a dark, lonely highway many miles from Chalk Valley, RCMP Sergeant Dave Kreaver comes across a van crashed at the side of the road. The driver is anxious to leave the scene. But Kreaver discovers an unconscious teenaged girl in the van. Kreaver feels in his gut that the driver could be the serial killer everyone’s looking for, but his inquiries are ignored. The task force is in well over its head, buried by thousands of leads and potential suspects. His supervisors tell him to back off and let the task force do its job.

Kreaver is in a deadly cat and mouse game with a murderous psychopath, a race against time with innocent victims in play. Operating alone and without official sanction, can he stop the Chalk Valley Killer before he claims more lives?

Review:
If some creepy dude approaches you and offers you a job that sounds too good to be true, it's probably too good to be true.
But then he goes to his creepy white van to get applications for you to fill out, and figures out that he left them at his office. He then tells you to get in the van, his office is only minutes away, and if you want the job you better get in the van.

Just don't do it. Because you will probably end up at the bottom of a ravine, in some dense forest, looking not so pretty anymore, and very dead.

That is how this psychopath killer lured his victims.  And the police forces that joined together to find him, had one rough time nailing this guy down. Even though they had him in their clutches, and Sergent Kreaver was CONVINCED he had the guy, there was never enough evidence to arrest him.

The writer really projected well how intense the pressure is for the police, how time consuming it is to weed through tips and potential suspects, and how frustrating it is to build a strong case. Even the 'rape kit' this guy had in his van wasn't enough to nail him, as he had ready, plausible explanations for each item... but come on!!! The Canadian Criminal Code needs some updating in my opinion, after reading that part!!

This was a great thriller that was told from different POVs, including the killer's which I found the most interesting.  Especially once he starts to mentally deteriorate as the police draw closer and closer.

The writer was amazing with the character development and suspense building. From police detective John McCarty's obsession with the case, and downward spiral with his personal life, to RCMP's Dave Kreaver's immense determination to nail the killer, to even life as seen through the eyes of the killer's wife, Susan. It was very intricate and detailed, and all their lives interconnected flawlessly.

The story was raw and gritty from all angles, and a truly intense read. So if you are into these types of thrillers, you need to give this novel a chance. 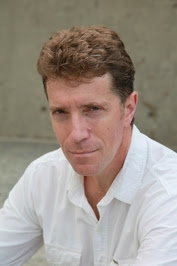 D.L.Johnstone lives in the Toronto area with his wife, four kids and a half-dog/half-sasquatch named Charlie. He’s co-author of several medical research publications and is a semi-dedicated fitness freak with a second degree black belt in Taekwondo. CHALK VALLEY is his first novel. If you’d like to contact him, please drop him an email at: dljohnstonewriter@gmail.com or follow him on Twitter @DLJohnstone1. He comments on thrillers, “indie” publishing and other miscellany at his blog: www.dljohnstone.com.


Posted by Bookluvrs Haven at 7:30 AM