Good morning fellow readers! Welcome to our review stop of 'Gargoyle' by Shelley Martin.  There is also an awesome giveaway at the end of this post, so please check it out and enter for a chance to win.

Hope you all had a wonderful Christmas holiday with your families! 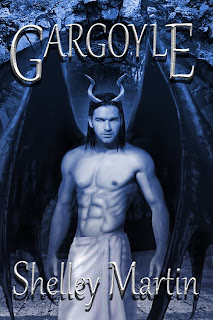 Elizabeth's secrets will kill her, but the devotion of a gargoyle can save her.

In 1894, seventeen year old Elizabeth Riemma pulls the clothes from her dead twin's body and assumes his identity. To avoid her murderous uncle, she attends her brother’s school on Marettimo Island, which is forbidden to women. Elizabeth takes solace in sculpting and one night, she awakens her gargoyle.

Gorgeous and fiercely loyal, Aelius uses his abilities to aid Elizabeth in keeping her secret. He only asks one thing in return- a kiss.  As Elizabeth learns confidence from her creation, suspicions rise and the island’s bloody history threaten to bury them.

Elizabeth must hide her gender. Aelius must hide his existence.  But both of them dream of the impossible- to be together.

Review:
'Gargoyle' was a wonderful, romantic tale that offered a quick escape from my zombie reads marathon. :) The author did not waste any time getting into the storyline, and our gargoyle comes to life almost immediately within its first pages.

I don't believe that I have read a romance involving a gargoyle before, so this was a very interesting read. So for me, this novel was original, with elements of the gargoyles origins that were completely new and fresh. His devotion to Elizabeta is an interesting element of the magic between them, and yet you do understand that it goes beyond the suggested slavery element, and is genuine.

Elizabeta is an interesting character in her own right. A gifted sculptor, she feels forced to pretend to be her twin brother Erro, who had passed away from an illness that also took her parents, in order to protect the family assets from her uncle. Her elaborate lie is beginning to catch up with her as there is more suspicion that all is not as it seems with Erro. However, the powers that her gargoyle holds are convenient in these circumstances, and he helps her maintain her elaborate lies during the day by sculpting her into  a man for all to see. But by sunset, the spell fades, and Erro becomes Elizabeta again.

I simply could not imagine how the author was going to conclude this story to give these characters a good ending. I could not fathom how it would all work out in the end, considering the elaborate tales that had been put into place in order to sustain the lies that she was her brother. Yet I was pleasantly surprised by how it all worked out in the end.

From the moment I read the book blurb for this novel for the book tour, I was excited to read this story. And I was not disappointed in the least. I really enjoyed this book, and highly recommend it. 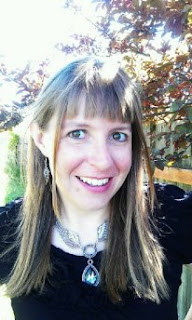 Shelley Martin taught kindergarten and rustled cattle; once upon a time.  She’s now a mother and wife, and loves living in North Idaho.  Her imagination has always plagued her, the characters jumping into her head at some random song or thought.  She started writing when she was ten, finishing her first short story when she was eleven.  The paranormal has always fascinated her, and nothing draws her to the page more than the whisperings of fantastical creatures.


a Rafflecopter giveaway
Posted by Bookluvrs Haven at 6:00 AM