Review of Caged in Myth, by J.T. Fairfield/ S.J. Drum 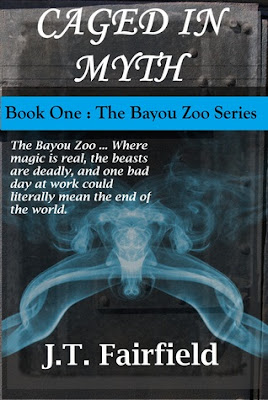 
The Bayou Zoo, where magic is real, the beasts are deadly, and a bad day at work can literally mean the end of the world.

Octavian Julius McKellter— “Jay” to everyone who doesn’t want a punch in the face— struggles with keeping the secrets of his supernatural community and his own secret...he's gay. Throw in a dose of danger, deceit, and Louisiana heat, and you'll find yourself CAGED IN MYTH.

This novella took me by surprise. It definitely grabs your attention from the first paragraph and keeps you eager to continue reading.

Let's get this out of the way. Jay is gay. Everyone keeps their clothes on, there is a kiss, and plenty of fantasies that you know without a doubt, Jay is burning hot for Colin. I can relate to the attraction of a bad boy, with killer abs and smoldering eyes. I get you, Jay... I get you...


For a short book, I really felt like I was getting to know a lot of these characters quite intimately. And they each were interesting for different reasons. But they all added something to this story that made it so interesting, and hinted at mysteries not yet explored.

I loved the originality of this story. I wish there were more details on Level 5's mysterious and mythical creatures. There wasn't enough to satisfy me. That, to me, was one of the best parts of this story. The creatures kept in this Level were really cool and I wanted to know more about them.

The originality earned each one of those stars, though the writing was really good too, but THAT ENDING......!!!!

... Seriously??? It was like the novel was chopped at the best part. I understand why writers may choose to do that, but I love series where each book can essentially stand on its own. Not this one... But I see what you did there, Author! 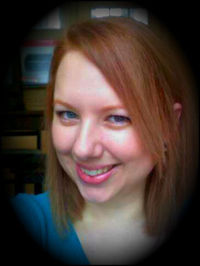 S.J. Drum also writes LGBT Upper YA Dark Urban Fantasy under the pen name J.T. Fairfield. The first book in the Bayou Zoo series was released on 10/22/12, CAGED IN MYTH.

When she's not changing diapers or writing, she enjoys scuba diving and has been known to make an elephant do a headstand.