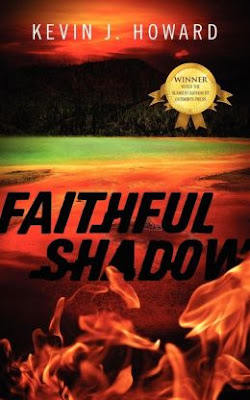 
Faithful Shadow takes you beyond the splendor of nature to the terror that lies beneath, one that should have never been discovered. Yellowstone is suffering from the largest forest fire in the park's history. Ranger JOE RAND, once passionate about nature and now drowning in alcohol after the recent death of his son, notices something is very wrong within Yellowstone after a string of disappearances. But when a fireman is found dead in the Old Faithful Inn after falling into a hole earlier that day, his body mauled and deprived of all its fluids, Joe knows he has no choice but to set down his flask and investigate. Joe and Lieutenant DALE CAFFEY of the Billings Fire Department go into the woods to search the hole the fireman had fallen into. They discover a series of tunnels lined with bones, the air thick with smoke. Joe and Dale conclude that the creature that had killed the fireman had left its subterranean dwelling to flee the overwhelming smoke from the fire above. The creature takes shelter inside the Inn, concealing itself within the darkened crevices, emerging to feast on passersby. After staging an evacuation of the park, they lock themselves inside the Inn to hunt the creature. After just a short while it becomes frighteningly clear that it is, in fact, the creature that is hunting them.

Those eyes. Glowing an unnatural green from the darkness of the forest. Staring at you. Urging your primal instincts for flight, as the hair on your arms and the back of your neck raise. Terror blinds you. Your hearing is hindered by the frantic beating of your frightened heart. There is no stand to fight. You are gripped in your terror, and you run. Run faster than you though you could possibly run. But you can't run fast enough. Because it is hungry and it screams for your blood.

A shadow crosses your path. A long limb emerges from the darkness, talons extended. You open your mouth wide to scream, but you don't make a sound. The last thing you see is the glow of those unnatural eyes, before life escapes you, and you know no more....

If I had an interpretation of some of the last moments of hundreds of deaths hinted at in this novel, I imagine many of those moments would be such as I imagined above. Because for decades, a shadow monster made its underground home in Yellowstone. With a  park as large as this, with so many visitors over the seasons, some in groups, others alone to backpack and reflect, that disappear over the ages never to be found.... Surely they were lost forever due to the elements, getting lost within the kilometers and kilometers of land. Who would ever think to attribute any of it to a monster that may even defy the imagination. Definitely not Ranger Joe Rand. That is the furthest thing from his mind.

But as this immense fire rages through the park, and disappearances increase, it is undeniable to some of the characters in this novel that something very strange and unnatural is out and about. And when a mysterious death occurs that defies all explanations, even the biggest skeptics must finally concede that the shadows are alive with a beast the likes no one has ever seen.

From the very first page of this novel, Kevin J. Howard had me completely captivated. Only showing me a little glimpse of a creature I struggled to imagine, and almost didn't want to imagine so I could sleep well at night. He isn't interested in readers with sensitive stomachs either as he doesn't have an issue giving you graphic descriptions. Heads rolled, guts spilled, blood sprayed.

Horror lovers will understand when I say that I love a good scare. I love the adrenaline rush that a descriptive horror scene brings. When you are in the dark room with your characters, watching a shadow move faster than your brain can capture. The shock you feel as a reader, when you realize that just a sentence ago a character was speaking, only to understand that their sudden silence is due to them missing their head in the blink of an eye. Your heart pounds with the carefully woven intense tension and anxiety of not knowing where this thing is going to come from next. And you wonder... How do you kill a shadow? Will it ever end?

One of the best monster novels I have read since picking up Michael Crichton's 'Congo', and I read that ages ago! HIGHLY RECOMMENDED!!! 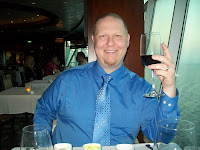 Kevin J. Howard was born in Mission Viejo, California, moved to Seattle at the age of twenty-one, and now lives in Puyallup. He hand wrote his first novel in the fifth grade and has been writing ever since. His first published novel, Faithful Shadow, is a return to the classic horror novel. Since writing Faithful Shadow he has completed four additional horror novels that will soon be published. In 2012, he won an award in the Las Vegas International Film Festival for his screenplay, Identical Opposites. Kevin looks to release his next horror novel in December of 2012.  Check out the author's Website for more information.