Xpresso Book Blitz - His Allure, Her passion, by Juliana Haygert

Hello all my fellow romance lovers.  Glad you popped in today!  We have a very exciting excerpt for you to read today.  His Allure Her Passion, by Juliana Haygert is one that I definitely will not be missing out on!  Find out more about this book and the author below.  Oh, and don't forget to enter the giveaway!!! 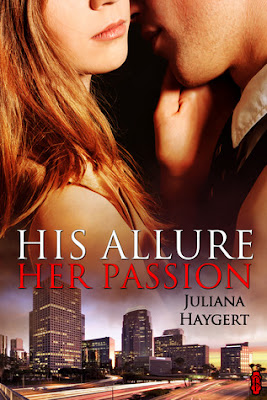 In his father’s eyes, Dylan Deveraux is just a playboy spending the family fortune on prostitutes, alcohol, and fast cars. And it isn't even with the cars his father produces. Because of that, his father forbids his presence at the ball that will mark the launch of the US plant of his company, strategically scheduled on Valentine’s Day.

Hayley Allen is a failing model with the worse luck in the world. She always ends up in the hands of cruel designers and photographers. At least, that’s what she tells herself. Better than admit having a weak nervous system that always reacted during her gigs. Desperate, she would do anything to help her career.

Dylan shows up at her door, wasted as usual. Friends for a long time, Hayley is the only one able to put up with Dylan’s bullshit, and he appreciates that, but not the way her heart wants.

Even though he doesn't believe in Valentine's Day, Dylan has an idea for his father's ball. When he suggests a deal to Hayley, a deal that could finally put her in the spotlight of success and help him impress his father, she doesn't hesitate. Even if it means hurting her heart a little more.


Click on 'Read More' below to read the excerpt and enter the giveaway!


"Dylan kissed Hayley, his lips moving slowly at first, afraid of getting her madder than she already was, afraid of falling under her spell more than he already had. But her scent burnt his nostrils and her sweet taste teased his mouth, and he lost it. His need grew, and he increased the speed and pressure of the kiss. Startling him, she matched his new rhythm, her soft lips moving along with his, her nails scratching the back of his shoulder, sending shivers down his spine, shaking his core. Wanting more of her, needing more of her, he slid his hands up her bare back, rubbed her silky skin, glued himself to her. He loved her skin on his, her warmth mingled with his.

Dylan could have kissed her forever, and he would have, weren’t it for Dorant.

The kiss slowed, their hands drew back, and finally Hayley pulled her head back, breaking the kiss, her wide eyes on his.

Damn, he missed her lips already.

She walked away without hearing him. Perhaps, it was for the best, since he wasn’t sure what to say. He felt he needed to say something, to fix them, to fix their relationship.

Hayley, on the other hand, didn’t seem eager to fix anything." 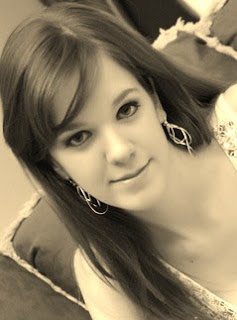 While Juliana Haygert dreams of being Wonder Woman, Buffy, or a blood elf shadow priest, she settles for the less exciting—but equally gratifying—life of a wife, mother, and author. Thousands of miles away from her former home in Brazil, she now resides in Connecticut and spends her days writing about kick-ass heroines and the heroes who drive them crazy.