Review of Changeling, by Philippa Gregory 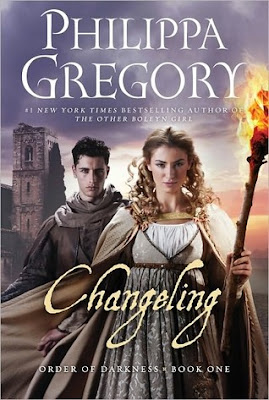 
Dark myths, medieval secrets, intrigue, and romance populate the pages of the first-ever teen series from #1 bestselling author of The Other Boleyn Girl.   Italy, 1453. Seventeen-year-old Luca Vero is brilliant, gorgeous—and accused of heresy. Cast out of his religious order for using the new science to question old superstitious beliefs, Luca is recruited into a secret sect: The Order of the Dragon, commissioned by Pope Nicholas V to investigate evil and danger in its many forms, and strange occurrences across Europe, in this year—the end of days.
Isolde is a seventeen-year-old girl shut up in a nunnery so she can’t inherit any of her father’s estate. As the nuns walk in their sleep and see strange visions, Isolde is accused of witchcraft—and Luca is sent to investigate her, but finds himself plotting her escape.
Despite their vows, despite themselves, love grows between Luca and Isolde as they travel across Europe with their faithful companions, Freize and Ishraq. The four young people encounter werewolves, alchemists, witches, and death-dancers as they head toward a real-life historical figure who holds the boundaries of Christendom and the secrets of the Order of the Dragon.

I enjoy historical fiction, and I am a fan of Philippa Gregory.  When I was notified that I won this book on Goodreads.com, I was soooooo excited!! And I will admit to holding this book to my chest and twirling around with it when it arrived in the mail.

I was also curious to read this because this is YA fiction, which is new from this author. The book synopsis sure sounds interesting, no?

Well.... Do I think the YA transfer was successful? Hmmmm I am on the fence with it. Though I did like this book, it didn't blow me away, or kept my attention the way that I hoped it would.

The mysteries being investigated were pretty predictable. In fact I already knew who the culprit(s) were well ahead of our young detective, Luca.

And though the main mystery was then solved, the story didn't end there, which was strange. They went on another short adventure to solve another mystery.

My favorite part of this book was reading about the two supporting characters, Freize and Ishraq.

Freize was comedic and made me laugh on a regular basis. And his depth of compassion and empathy endeared me to him.

Ishraq is just a mystery of a woman. And a bad ass, kick ass one at that.

If not for these two characters, I think I would have been a little bored, to tell the truth.  But I took this book with me on vacation, and when you are laying on a beach all day with little distraction, it was easier to submerge myself into this story line. But I am conflicted on whether to continue the series, as this first book didn't wow me very much. I may just stick to the author's original genre, which I know for a fact I enjoy. 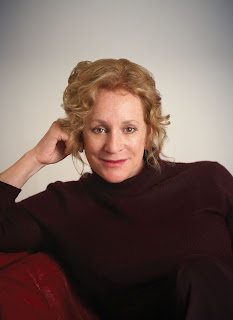 About the Author: Philippa Gregory was an established historian and writer when she discovered her interest in the Tudor period and wrote the novel The Other Boleyn Girl, which was made into a TV drama and a major film. Published in 2009, the bestselling The White Queen, the story of Elizabeth Woodville, ushered in a new series involving The Cousins’ War (now known as The War of the Roses) and a new era for the acclaimed author.

Gregory lives with her family on a small farm in Yorkshire, where she keeps horses, hens and ducks. Visitors to her site, www.PhilippaGregory.com become addicted to the updates of historical research, as well as the progress of her ducklings.

Her other great interest is the charity she founded nearly twenty years ago; Gardens for The Gambia. She has raised funds and paid for 140 wells in the primary schools of the dry, poverty stricken African country. Thousands of school children have learned market gardening, and drunk the fresh water in the school gardens around the wells.

A former student of Sussex University, and a PhD and Alumna of the Year 2009 of Edinburgh University, her love for history and her commitment to historical accuracy are the hallmarks of her writing. She also reviews for US and UK newspapers, and is a regular broadcaster on television, radio, and webcasts from her website.