Hello all of our fellow Bookluvrs!

It feels like an eternity that I've been able to read and get a review up here!  Life is so busy with Logan! He's teething, not sleeping. constantly needing attention.  Finding any time to read a book that's not made of fabric or cardboard is proving to be more difficult than I imagined!  Thankfully I have Lily to help keep things booming on the blog!

I was offered this book by a blog tour company called Worldwind Virtual Book Tours and it looked way too good to pass up!

I hope you enjoy my review! 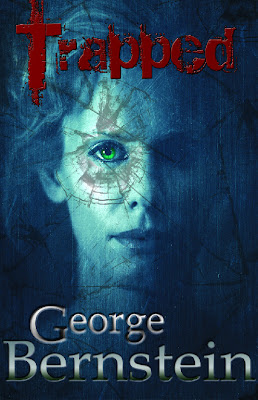 
The darkness is still, silent. Jackee Maren's heart pounds reverberating through her body as fear sears her veins. Someone's coming. No way out. This time they will kill me. Her breath is short, her chest burns. Must run. Faster. Faster! Her eyes fly open, her heart still racing with blinding fear. Jackee breathes deeply with relief and stares at the ceiling desperately trying to calm herself. The same dream. Something, someone is watching . . . and waiting.
A tragic car accident leaves beautiful, vibrant Jackee Maren completely paralyzed, able to move only her eyes. Jackee's husband, Phil, is devastated and her two young boys left with nothing but a shell for a mother, but still, Jackee senses the foreboding of an evil presence and knows time is short. Slowly, Jackee learns to communicate with her physical therapist, Kevin, by blinking her eyes. As evidence comes to light that her car accident was no accident, Jackee knows she must expose the person who wants her dead before they get a second chance. While Jackee works to put all the clues together, she discovers she has the ability to sense the thoughts of others, but she hides this talent from everyone but her sons, not knowing who she can trust. By actively exercising her new psychic ability, Jackee finally learns who masterminded the accident but feels helpless to stop them from trying to kill her again. Slowly a plan forms to not only ensure her boys are safe forever, but to exact revenge on her would-be murderer. Jackee vows not to rest until this killer understands what it is to be TRAPPED!

I saw the description of  this book, and I said I HAD TO read it!  I was very optimistic when I said yes to this book way back in February, considering it was over 300 pages.  Things seemed easy in the world of motherhood.  Until the dreaded teething stage begun...

I can honestly say that I was worried that I wouldn't be able to get to this.  I picked it up two days ago and didn't want to put it down!  I stayed up way too late reading this because I wanted so badly to get to the ending.  I thought I knew where it was going, but I had no idea!

I admit - I picked it up, read the first chapter and thought there was no way I was going to make my 100 page rule.  It quickly picked up and never dulled down.  The conflict and action was written in a way that made you feel like you were watching a movie.  And those characters!!  I loved them!  I especially loved Jackee.

Even if I hadn't read the synopsis I would have likely picked this book up based on the cover alone.
The cover is amazing, I love the colour scheme used.  The eye draws you right in. Of course I can't forget how well the title of the book weaves into the story.  And this was HIS FIRST BOOK!

All in all a book I highly recommend!  I wont give it away....but the ending was AWESOME!  Don't miss out on this one!

About George A. Bernstein 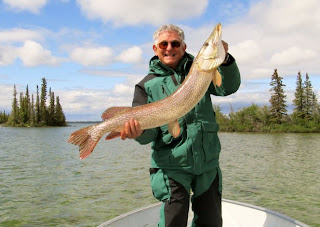 I was born and raised in Chicago and its suburbs, living there until the age of 39. I'm now a retired corporate President, life-long fishing enthusiast, and a dedicated author. As is my nature, I've worked hard to improve my writing craft, and have produced 3 award-winnning novels, as finalist and/or winners of several large writing contests. I've also become a world-class fly-fisherman and am an expert in fly-fishing for pike & musky, and wrote a book on that, as well.

I now live in sunny Florida, and split my time between writing, fishing & fine cabinet making, but my greatest love is creating riviting fiction. TRAPPED is my first novel.