We have a HOT Cover Reveal today that you want to check out, brought to you by Xpresso Book Tours. This book will be released May  21st, 2013!

Check out this sexy cover! What do you think of it? 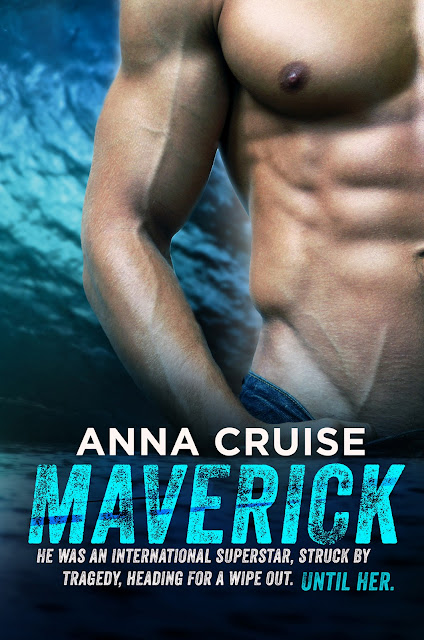 Sounds pretty good too. Check out the synopsis!


Kellen Handler is in deep.

Ever since he can remember, he’s wanted to be a professional surfer. And he made it, rising to the top of the ranks, traveling the world and riding every break he’s ever dreamed of. His good looks and reputation for living on the edge—both in and out of the water—have made him an international superstar. But when his best friend dies in a tragic accident, Kellen wipes out big time, spiraling so badly that everything he’s worked for starts to disintegrate.

Tour officials scramble to do damage control and demand he work with a public relations company to clean up his bad boy image. It doesn't help that the person assigned to him, Gina Bellori, has her own demons associated with the surfing world.

Against her better judgement Gina accepts the job and concentrates on repairing Kellen's tattered reputation, despite his protests and despite the pain it causes her. With her past colliding with her present—and Kellen in the thick of it—she begins to realize that some secrets can't stay hidden.

And suddenly, Kellen Handler is no longer worried about losing his career.

And that's not all. Enter the giveaway to win some goodies!

AUTHOR BIO
Anna Cruise has been writing and drooling over boys since middle school. Lots of years have passed but some things never change...

IT WAS YOU is her debut novel. She is currently at work on two Young Adult novels and two additional New Adult titles (including Tana's story!)