Love of Shadows, by Zoe Brooks 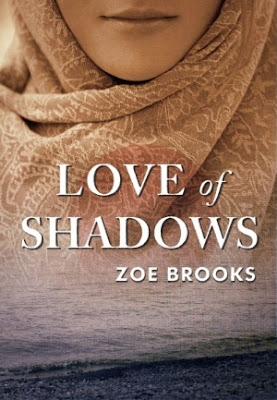 "I had always felt most alive, when I was healing. Without healing I was a tin top spinning out of kilter soon to catch the ground. It took all my energy to hold myself from skidding into chaos."

But in the city of Pharsis traditional women healers are banned from practising and the penalty for breaking the law is death by hanging. After being arrested and interrogated twice Judith is careful to avoid suspicion, but then scarlet fever breaks over the city like a poisonous wave, leaving in its wake the small corpses of children. What will the young healer do?

Love of Shadows is the second novel in The Healer's Shadow trilogy, which began with Girl in the Glass, and follows the lives of Judith and her Shadow, Sarah. It is a study in grief, love and defiance.

I came across a post last year from Zoe on a website for authors looking for reviewers.  She was asking for bloggers to review her book Girl in the Glass.  I read the synopsis and thought it would be a good one.  I read it and instantly fell in love!  I loved it so much in fact, that I gave it my first and only 6 star rating.  You can see my review for the first book in the trilogy here.

In my experience a lot of the time the second book in a series or trilogy rarely lives up to the second.  Not in this case...ZOE BROOKS DID IT AGAIN!  I can honestly say this book deserves more than a 5 star rating also.  It was phenomenal!!

I think it is one of the most beautifully written stories I have ever read.  From the word flow, to the character development, to the conflict, to the emotion....SPOT ON!!!  I wouldn`t change anything.  I cried (actually bawled my eyes out), laughed, got angry and overjoyed.  It has everything!

This is one of the most difficult books for me to review because I get so excited about it that I want to spill the beans...and I HATE when people have spoilers in reviews....so I will restrain myself.

As I was reading, I thought to myself...Ooooh...I would LOVE to hear from Sarah.  I would love to read a story told through her eyes.  I think the concept of the shadow is awesome.  It is so original and unlike anything I have ever read before.

From the very first page, to the very last...I had a difficult time putting it down.  I didn`t want it to end....so I CANT WAIT for the third book `Company of Shadows` to come out!

I really encourage you to read this trilogy!  I promise you, it is one that you will never forget! 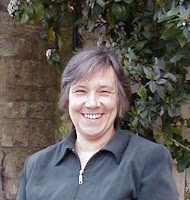 
Zoe is a British writer and poet. She spends half of her life in a partly restored old farmhouse in the Czech Republic, where she write all her novels and poetry. She aims to write popular books, which have complex characters and themes that get under the reader's skin. Her fantasy adventure novel Mother of Wolves is available on Amazon. The first and second novels (Girl in The Glass and Love of Shadows of my Healer's Shadow Trilogy are also available and her long poem for voices Fool's Paradise.

Posted by Bookluvrs Haven at 3:52 PM