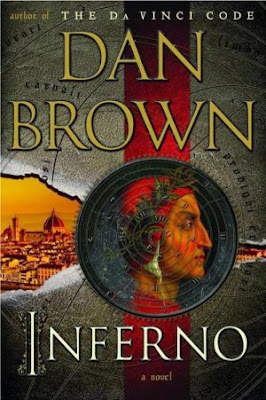 In his international blockbusters The Da Vinci Code, Angels & Demons, and The Lost Symbol, Dan Brown masterfully fused history, art, codes, and symbols. In this riveting new thriller, Brown returns to his element and has crafted his highest-stakes novel to date.

In the heart of Italy, Harvard professor of symbology Robert Langdon is drawn into a harrowing world centered on one of history’s most enduring and mysterious literary masterpieces . . . Dante’s Inferno.

Against this backdrop, Langdon battles a chilling adversary and grapples with an ingenious riddle that pulls him into a landscape of classic art, secret passageways, and futuristic science. Drawing from Dante’s dark epic poem, Langdon races to find answers and decide whom to trust . . . before the world is irrevocably altered.

Dan Brown is back with another riveting mystery with one of my favorite book characters - Robert Langdon.

The novel starts off in Dan Brown fashion. Jam packed action from the get go, full of mystery and puzzling circumstances.  In this case, Robert wakes up in a hospital in Italy with no recollection of how he got there.  Not only that, but shortly after, a mysterious blond woman comes in with a gun in hand and murderous intent. Her focus appears to be on Langdon.

And so commences another mysterious case of cat and mouse. Robert and intriguing doctor Sienna run from place to place, on yet another scavenger hunt, to stop a plague that may affect millions of people all over the world with possible devastating effects from being released.

As always, Dan Brown writes eloquently, giving the story and its characters such color and detail, that you can honestly state that you can envision every place even if you have never been there.  He is relentless at building suspense, and keeping an exhausting pace that keeps you glued to the novel.  The underlying theme in this one is a subject that has always been intriguing to me - Dante's Inferno.

I can see this being developed into another blockbuster film, just like Angels & Demons, and The DaVinci Code.  So why the three star rating?

As exciting and controversial as his subject matter is, Dan Brown can build up suspense to exhaustion.  Frankly, many times throughout this novel I found myself frustrated on how long it took him to finally get to some big reveal.  Specifically when revealing what the actual plague was.  I figured it out myself halfway through the extensive and exhausting long dialogue to finally get some details on what was developed to be released in the world.  Though I must admit, once the details were eventually spelled out, I could not help but admire the imaginative and surprisingly involved thought process behind it.

As always I am impressed with Dan Brown's thought provoking subjects and this one is no exception, and I wouldn't hesitate to add Inferno to my collection of beautiful hardcovers to my book shelf. If you have enjoyed his previous works, this one is definitely not one to be missed. 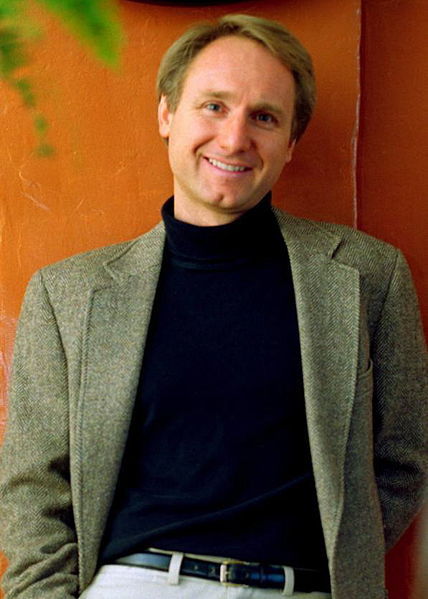 Dan Brown is an American author of thriller fiction, best known for the 2003 bestselling novel, The Da Vinci Code. Brown is interested in cryptography, codes, and keys. Currently his novels have been translated into many languages.

Although many see Dan Brown's books as anti-Christian, Brown is a Christian who says that his book The Da Vinci Code is simply "an entertaining story that promotes spiritual discussion and debate" and suggests that the book may be used "as a positive catalyst for introspection and exploration of our faith."
Links:
http://www.danbrown.com
http://us.macmillan.com/author/danbrown

Posted by Bookluvrs Haven at 12:48 PM