Xpresso Book Tour Cover Reveal - Prophecy of the Most Beautiful, by Diantha Jones

Diantha Jones' novel has a beautiful redesigned cover! Check it out below. 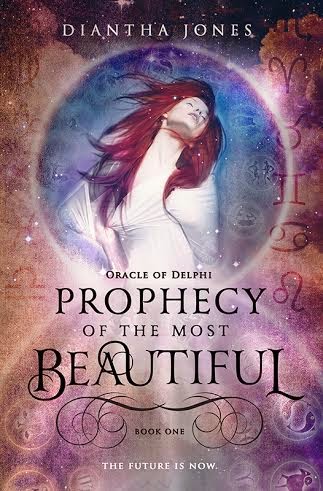 Synopsis:
She has a destiny so great that even the gods fear her.

Constant hallucinations and the frequent conversations with the voices in her head, have earned eighteen-year-old Chloe Clever the not-so-coveted title of “Whack Job” in her home town of Adel, Georgia. With the onslaught of prescription medications and therapists threatening to push her over the edge, she wishes for a life far away from the one she has, a life where she is destined to be more than the butt of everyone’s jokes and mockery.

Be careful what you wish for has never rung more true.

After living through an attack from her worst nightmare, she awakens to find herself far from home, surrounded by glorious riches and servants…and a few demigods who enjoy killing things. Upon learning that her favorite rockstar is an Olympian god, she is thrust into her new life as the Oracle of Delphi, the prophesier of the future, and the great Pythia that the gods have been anxiously awaiting to arrive for centuries. Setting out to fulfill the prophecy she has been given and to keep her family safe from a demigod Princess that wants her dead, Chloe learns of how great she is to become, all the while fighting mythical monsters, evading divine assassins and trying to outwit the ever-cunning Greek gods who harbor secrets of their own. In the hopes of discovering the Most Beautiful and the truth of her destiny, she strives to uncover the mysteries of the demigod Prince who has sworn to protect her with his life…and threatens to win her heart in the process. 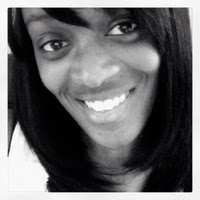 AUTHOR BIO
Diantha was born on Thanksgiving Day so that explains why her mother calls her a "turkey." She spent the first 16 years of her life as an official Army brat (now she's a retired one), and has spent the last twelve years living in Georgia (Atlanta, then Savannah). She now resides in Washington D.C. She loves to read and watch movies (Quentin Tarantino is her fave director), and she loves cold weather and french fries (with cheese if possible).

Posted by Bookluvrs Haven at 1:04 PM