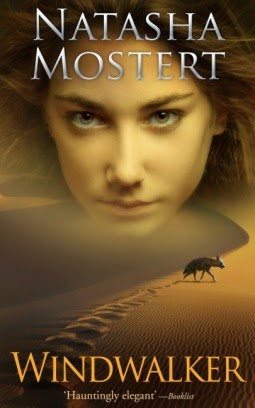 From the award-winning author of Season of the Witch, comes a highly original story of murder, redemption, eternal love and destiny. WINDWALKER will keep you on the edge of your seat. And break your heart.

When photographer, Justine Callaway, walks into the deserted English mansion, Paradine Park, she doesn’t suspect that she is opening the door to the greatest mystery–and magic–of her life.

Justine becomes obsessed by the family who used to live in the house, especially the oldest son, Adam Buchanan. But why is she so drawn to a man who had killed his brother nine years before? And why, as she photographs the house, does she discover ghostly images she knows she did not record?

Even more unsettling, she senses someone is stalking her, watching her...

Where has this author been all my life???

This novel was exactly what I hoped it would be from the very first glance at this beautiful cover. Yes... Shallow, I admit. But the cover is undoubtedly attractive and caught my eye while browsing selections on Netgalley.com.

This was a delicious story, filled with the mystery and intrigue promised in the synopsis of this book, with a delightful gothic feel.  But what I did not anticipate was the riveting love story between the two main characters and how deep their bond was, defying death and the restrictions of time.

The writing style was magical, and Natasha Mostert very quickly took a place on my favorite 'Just Discovered' authors list.  The backstory was well developed, and her characters so well fleshed out that I feel like I know them.

Now don't get me wrong. This is not just a 'angsty' love story. There is a pretty well fleshed out baddie here, that will give you a bad case of the willies too. When I say that this story is full bodied, I mean it! There is a little bit of everything here, even the hint of a ghost or two.

This story truly was raw and compelling, filled with intrigue and so much passion that it makes your own heart clench. I am still surprised by the emotion I feel thinking of this story, even months after I have read it.

Give this a author a go, and you may just get hooked! 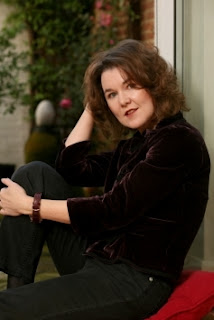 Natasha Mostert is South African. She grew up in Pretoria and Johannesburg but currently lives in London with her husband, Frederick. She still keeps an apartment in the university town of Stellenbosch in the Cape province.
She is the author of five novels. Her fourth novel, SEASON OF THE WITCH, is a modern gothic thriller about techgnosis and the Art of Memory and won the Book to Talk About: World Book Day 2009 Award. Film rights were sold to Allotria Productions with Emmy-award winning screenwriter, Andrew Davies, commissioned to write the script. Her fifth novel, THE KEEPER, is a thriller about martial arts, chi and quantum physics. Mostert returned to the subject of memory in her latest novel, DARK PRAYER, which is described by Kirkus Reviews a "brainy, fast-moving thriller" in which "Mostert brings together fascinating strands of biology, psychology and mysticism."