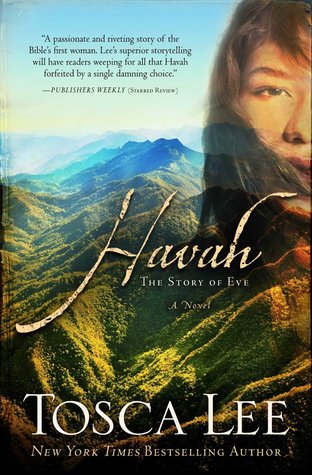 New York Times bestselling and award-winning author Tosca Lee shares the “passionate and riveting story of the Bible’s first woman and her remarkable journey after being cast from paradise” (Publishers Weekly, starred review).

Created, not born. Her name is Eve. Myth and legend shroud her in mystery. Now hear her story.

She knew this earth when it was perfect—as she was perfect, a creature without flaw. Created by God in a manner like no other, Eve lived in utter peace as the world’s first woman, until she made a choice, one mistake for which all of humanity would suffer. But what did it feel like to be the first person to sin and experience exile; to see innocence crumble so vividly; and to witness a new strange, darker world emerge in its place?

From paradise to exile, from immortality to the death of Adam, experience the epic dawn of mankind through the eyes and heart of Eve—the woman first known as Havah.

I love historical novels... and I don't mean pirates, westerns or civil wars. Ancient history though, gimme gimme gimme. Most of all, imaginative retellings, or interpretative fiction of biblical figures and times. I just love to eat those up.

So glad that I had the opportunity to read this novel by Tosca Lee, and also Iscariot which I will review soon also. My only regret here is that it took me so long to get to this book and discover such a talented author.

This is not the first biblical novel I have read, and I truly enjoy Tosca Lee's writing style. Rich and descriptive, both characters and the world around them was brought to life in my mind. From the beautiful world both Adam and Even inhabited, and their connection with all living things, to the temptation of the serpent and ensuing expulsion and chaos. The severed connection that they both suffered, not only from God, but all the animals that they loved and frolicked with literally saddened me. Some of the imagery painted in this book was gruesome and disturbing and adequately depicted the devastation of losing that connection.

Now Adam and Eve are out in the world, aware of their nakedness, ashamed, afraid, and trying to figure out their place in the strange cold, frightening world they are now in. This book explores their survival, their growing resentment and love for one another, the joy of having their children, and the anguish of looking on as some grew greedy and reckless. It was definitely different as their children grew up and began to look at each other with interest, formed couples, went on to have their own children. But how else would the world have populated when there was only one man and one woman?

I found that the novel did drag on in areas, and felt a little repetitive at times. It also felt like the story was longer than it needed to be, but overall, I definitely enjoyed reading this novel and Lee's portrayal of not only these two characters, but also some of their children who had their own important roles and stories, not only in this book but the Bible as well. She offered some very interesting perspectives that really made me reflect. 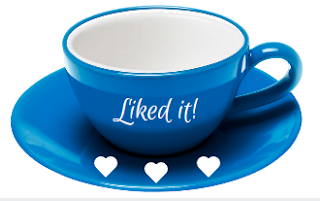 I was very glad that I had Iscariot to read next and definitely plan on adding more of her novels to my list. Definitely recommend this author!