Good morning all! Today I am hosting a cover reveal for The Forgotten Child. This cover is so dark and intriguing. Very creepy and promising of a great thriller with a paranormal twist. I will be sure to add this to my  to read pile. 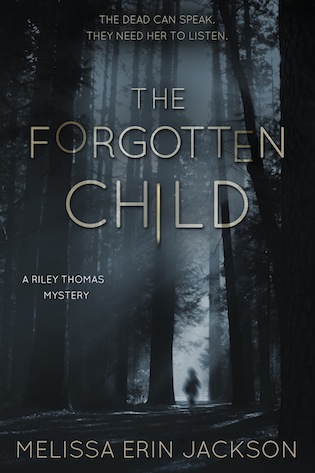 
Ever since Riley Thomas, reluctant medium extraordinaire, accidentally released a malevolent spirit from a Ouija board when she was thirteen, she’s taken a hard pass on scary movies, haunted houses, and cemeteries. So when her best friend pressures her into spending a paranormal investigation weekend at the infamous Jordanville Ranch—former home of deceased serial killer Orin Jacobs—Riley is one-hundred-percent not ready.
Shortly after their arrival at the ranch, the spirit of a little boy contacts Riley; a child who went missing—and was never found—in 1973.
In order to put the young boy’s spirit to rest, she has to come to grips with her ability. But how can she solve a mystery that happened a decade before she was born? Especially when someone who knows Orin’s secrets wants to keep the truth buried—no matter the cost. 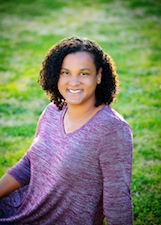 
Melissa has had a love of stories for as long as she can remember, but only started penning her own during her freshman year of college. She majored in Wildlife, Fish, and Conservation Biology at UCDavis. Yet, while she was neck-deep in organic chemistry and physics, she kept finding herself writing stories in the back of the classroom about fairies and trolls and magic. She finished her degree, but it never captured her heart the way writing did.
Now she owns her own dog walking business (that’s sort of wildlife related, right?) by day…and afternoon and night…and writes whenever she gets a spare moment. The Microsoft Word app is a gift from the gods!
She alternates mostly between fantasy and mystery (often with a paranormal twist). All her books have some element of “other” to them…witches, ghosts, UFOs. There’s no better way to escape the real world than getting lost in a fictional one.
She lives in Northern California with her very patient boyfriend and way too many pets.
The Forgotten Child is her debut, the first in a paranormal mystery series.

Posted by Bookluvrs Haven at 12:36 PM No comments: Links to this post

So great to be able to sit down this morning to write this post. It has been awhile.

Lots of changes at Bookluvrs Haven this year. It has been pretty silent on here for various reasons. Mainly, Erin and Samantha are no longer contributing to the blog, simply because of life. It gets busy for all of us, and it has been challenging for them to find time to write. Blogging is a LOT OF WORK!

So it's just me again, but I am looking forward to posting reviews that have been pending for quite some time, and getting back in the groove.

My silence since April has simply been due to another super amazing life event! 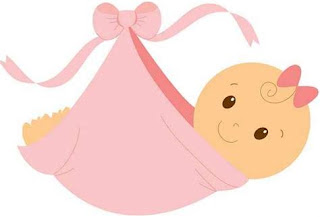 I had a little baby girl in May, and life has been awesome and super busy. She is just about to turn 3 months, and my little man is 19 months old, so you can imagine how crazy it must have been. Reading has become an activity that I try to find time for at all times of the day or night - it is not unusual that I am catching up with my current book at 3 am while feeding her. Such is mom life. It is important to find that time for yourself where you can get it.

Blogging however has been at the bottom of the priority list  these days, but I really miss it. So I am hoping to get back into it soon. I have some Netgalley reviews to catch up on and post, so those will come soon, and have to take a look at my challenges for this year and see if I can salvage those goals. If not... oh well, there is always next year!

Hope you all have been enjoying your summer, and reading some really good books. Don't hesitate to send over some recommendations in the comments if you have any! I am always looking for my next favorite read.

Posted by Bookluvrs Haven at 10:17 AM 2 comments: Links to this post